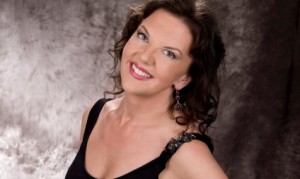 On tour to Tullamore, Kilkenny, Castlebar and Navan.

One of the finest violin soloists on the international solo circuit taking to the road with the RTÉ National Symphony Orchestra for four virtuosic concerts – also including an educational programme with youth orchestras in each county.

Vivid, colourful, dynamic and rhythmic music – mostly inspired by dance – is the focus of these concerts. The programme opens with The Chairman Dances – a portrayal of the scene from John Adams’ opera Nixon in China where the elderly Chairman Mao dances with his wife alongside their American guests. Danzón No 2 by Mexican composer Arturo Márquez is based on a type of Cuban dance, full of Latin American rhythms, hovering between being highly sensual and emotionally explosive. The ballets of Russian composer Igor Stravinsky are among his most celebrated works. Pushing the boundaries of what was possible rhythmically, he also has a remarkable sense of orchestral colour. The Firebird is one of his most loved works, depicting the dazzling scenes of this traditional Russian fairy tale, from the shimmering sounds of the Firebird’s dance and the horror of King Kastchei’s infernal dance to the ecstatic sounds of the finale.

One of the highlights of the violin concerto repertoire, Bruch’s first violin concerto, which will be performed by Tasmin Little is emotionally rich and deeply romantic. Tasmin has firmly established herself as one of today’s leading international violinists. She has performed on every continent in some of the most prestigious venues of the world, including Carnegie Hall, Musikverein, Concertgebouw, Philharmonie, Vienna Konzerthaus, South Bank Centre, Barbican Centre and Royal Albert Hall and the Lincoln Center. She has made several acclaimed recordings and frequently appears at major festivals such as the Salzburg Festival and the BBC Proms.

The scale of this concert involving over 60 top musicians, makes possible the presentation of this high-octane programme of vivid orchestral colours. All presented in locations that are not regularly on the touring circuit for major concerts of this scale. The coming together of the orchestra, a star international soloist and one of Ireland’s leading conductors as well as youth orchestras in each location will make a compelling and memorable event for audiences.

This tour has been developed by Wide Open Music, bringing together a range of national and local supporters to fulfil this mission of making inspirational musical experiences available to audiences throughout Ireland.