Hosted by Phil Udell of State.ie

This event is free of charge but due to limited capacity, booking is essential.

Should you wish to reserve a place, please email your name to ei.ormi@nosnhoj.htiek

Laura Izibor is a Meteor Music Award winning songwriter and artist and is currently signed to Atlantic Records USA having originally been signed to Jive Records at the age of 17. Her debut album, Let the Truth Be Told, was released in May 2009. The album debuted at number two on the Irish Albums Chart. Her songs have featured on numerous hit TV show, films and adverts such as Grey’s Anatomy, Nanny Diaries, One Three Hill, P.S I Love You, Bones, Tough Love & Hibernian Aviva.

Paul Williams is an Oscar, Grammy and Golden Globe winning Hall of Fame songwriter. He is a recipient of The National Music Publishers President’s Award and is President and Chairman of the Board of ASCAP (the American Society of Composers, Authors and Publishers). 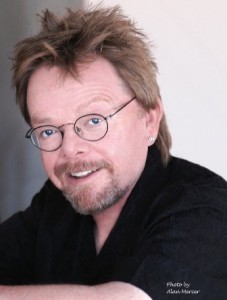 When asked which song is his favorite, Paul is quick to respond, “That’s easy! It’s “The Rainbow Connection”. It’s a thrill to hear my words interpreted by such inimitable talents as Willie Nelson, the Dixie Chicks, Sarah McLachlan, Judy Collins, Jason Mraz and Kermit the Frog!” “The Rainbow Connection”, from the children’s classic The “Muppet Movie”, is one of two Paul Williams’ songs that grace the American Film Institute’s list of the top movie songs of all time; the second, “Evergreen” is from the award winning Streisand/Kristofferson remake of A Star Is Born. Additional song scores include the cult favorites Phantom of the Paradise and Ishtar, as well as “The Muppet Christmas Carol”, “Bugsy Malone.”, and Emmet Otter’s Jugband Christmas, the latter of which has now been adapted for the stage. His recent work has remained wonderfully diverse, from creating and writing the songs and story for Disney’s A Muppets Christmas: Letters To Santa, to writing with the Scissor Sisters, to penning the music and lyrics for Garry Marshall’s theatrical sensation Happy Days.

Although most people came to know the witty Mr. Williams as one of Johnny Carson’s recurring favorites on The Tonight Show, or as an actor in dozens of films, television comedies and dramas, it is his musical legacy that continues to inspire. “We’ve Only Just Begun”, “Rainy Days And Mondays”, “You and Me Against The World”, “Just An Old Fashioned Love Song”,”Let Me Be The One” all remain pop classics and are performed by Paul in venues from New York to the Philippines.

Publicly lauded for his work as a songwriter, performer, actor and humanitarian, Paul predicts he’ll be remembered for playing Little Enos in the Smokey and the Bandit trilogy and for his lyrics to “The Love Boat” theme, although it is the lyrics from Bugsy Malone, recast for a recent Coke commercial, that aptly sum up his philosophy: “You give a little love and it all comes back to you; You’re gonna’ be remembered for the things that you say and do”. As a devoted husband to writer Mariana Williams and proud father, Paul considers his son Cole, and daughter Sarah, to be his best work.

The foundation begins with soul,” explains 25-year-old singer/songwriter/producer Laura Izibor of her passionate, piano-guided songs. On her debut album, Izibor continued the lineage set out by artists like Lau 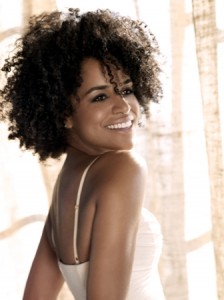 ryn Hill and Jill Scott; artists who combine a reverence for the traditions of early R&B with a thoroughly modern sensibility. After one listen to the powerful, honey-tinged vocals on Let The Truth Be Told, one thing is for sure. For Laura Izibor, it’s got to be real.

Born to a working class family in Dublin, Ireland, Izibor admits she didn’t grow up in a musical household. “My mother raised five kids on her own, so there wasn’t much time to buy records – it wasn’t that kind of home. I found myself fancying music at about 13.” Once the love for musicians like Stevie Wonder, Candi Stanton, and Roberta Flack took hold, she was smitten for good. “One door opened to the next – first I discovered Marvin Gaye, and then Otis Redding, and I just fell in love with soul music.”

At the age of 15, Izibor won a prestigious national performance competition, the “2FM Song Contest.” At 17, she started work on her debut album, taking the time to really hone her songs. Let The Truth Be Told was recorded over the course of four years in a diverse range of cities: New York, Philadelphia, Atlanta, and Dublin among them. Laura also performed live constantly during this period, finding her true home onstage. Having performed several sold-out shows in Ireland, and opened for acts including James Brown, Angie Stone, and The Roots, she’s earned the affectionate moniker “The Soul of Ireland” from the folks back home.

Laura released her fully self-penned and co-produced debut album Let The Truth Be Told in 2009. “The title felt like a strong, almost biblical statement,” she explains. “I wrote this album because it’s my truth. It’s a sincere record and it has a feel of survival in it as well.” Izibor resisted the urge to feature established artists on various tracks, instead creating a revealing, and very personal, document of this moment in her life. “I didn’t want to be anybody’s protégé,” she says. “It was very tempting to put in the reinforcements, but for my debut album I wanted it to be 100% from me.”

The songs are ripe with authenticity, from the sassy, soulful album opener, “Shine,” to the magnificent and deeply personal “If Tonight Is My Last,” to the anthemic and inspirational “Mmm,” which colored the soundtrack of Step Up 2: The Streets. With her tracks also featured on Grey’s Anatomy, The Hills, and The Nanny Diaries, Izibor has found that airing her heartfelt take on life and love has translated to the hopes and struggles of various characters, as well as to the people at home watching them. “I hope people take away a sense of honesty and realness when listening to my music. They’re just songs written from a really sincere place, and hopefully people can connect to it on some level and relate their own lives to it as well.”