Aislinn Logan Shares ‘Wait On Me’ 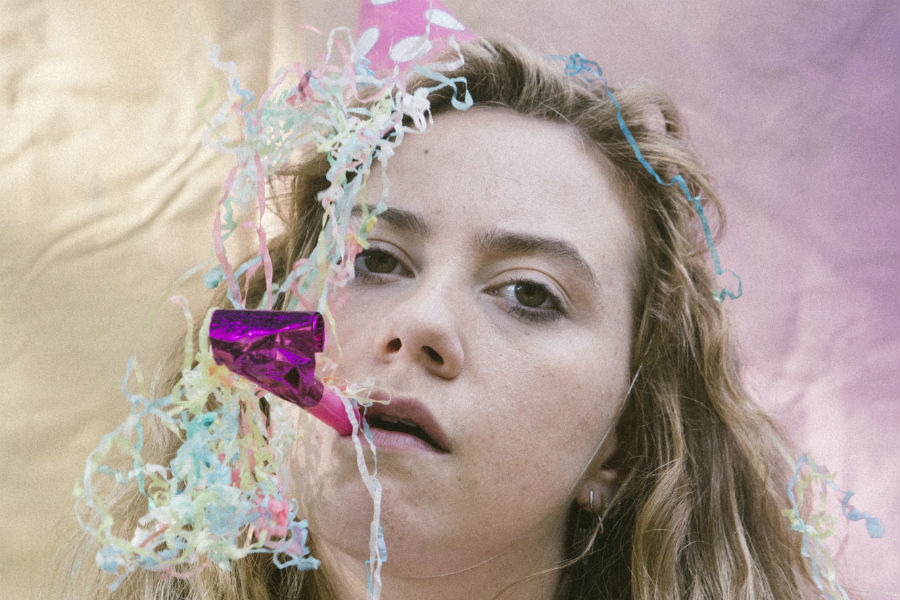 The London-based Northern Irish musician Aislinn Logan made a great impression with her recent tracks ‘Spree’ and ‘Fair Game’. Highlighted by new music champions The Line of Best Fit and Clash as well as Hot Press, they also earned airplay at BBC Radio One, 6 Music and playlist at RTÉ 2FM.

Now Aislinn Logan reiterates that she’s one to watch with the release of her follow-up single ‘Wait On Me’. A slice of upbeat indie pop that references classic 80s electro pop and electronic music. The track was produced by Kristofer Harris (Ghostpoet, Bear’s Den, Belle & Sebastian).

Lyrically, the song explores the modern age, the steady hum of technology, and its impact on human interaction.

As Aislinn explains, “I was feeling like I was in a constant rush – there’s this pressure to have it all ‘figured out’ yesterday. We end up overthinking things that are nonsensical to overthink, and maybe become a bit dissociated about things that should be the opposite. I wanted to make something fun, something influenced by the pace of technology, its effect on society. Although it’s a bit satirical, Wait On Me, is about the importance of human connection through all the commotion – it’s a breezy banger you want to dance to.”

Aislinn Logan has that rare ability to meld disparate sounds into a cohesive whole that makes unlikely genre bedfellows a natural fit. Her scene-setting lyrics are delivered with a vocal that conveys someone who has lived through her subject matter. They’re set to production which have the sophistication, while the instrumentation – often polished versions of her bedroom studio recordings – give them a human character.

Traces of Aislinn’s eclectic musical interests inform everything she does without being obvious touchstones. There’s a touch of singer-songwriter, somewhere between Bon Iver and Paul Simon, but on this track she evokes the sounds of artists as diverse as Blood Orange, Christine and The Queens and New Order.

Equally important is her love of electronic sounds with “elements of patterns and metronomic repetition” worming their way into her music after she became enamoured with Glasgow’s underground techno, electro and Italo disco scenes.

Aislinn Logan continues to go from strength-to-strength with emotive music that naturally ebbs and flows across perceived boundaries. “If you listen to a load of different kinds of music, you’re going to end up coming out with things that are a bit different,” she concludes. “It ends up being exciting. I think that sort of approach is super relevant for a lot of people, because at the end of the day that’s how everyday life can be – changeable.