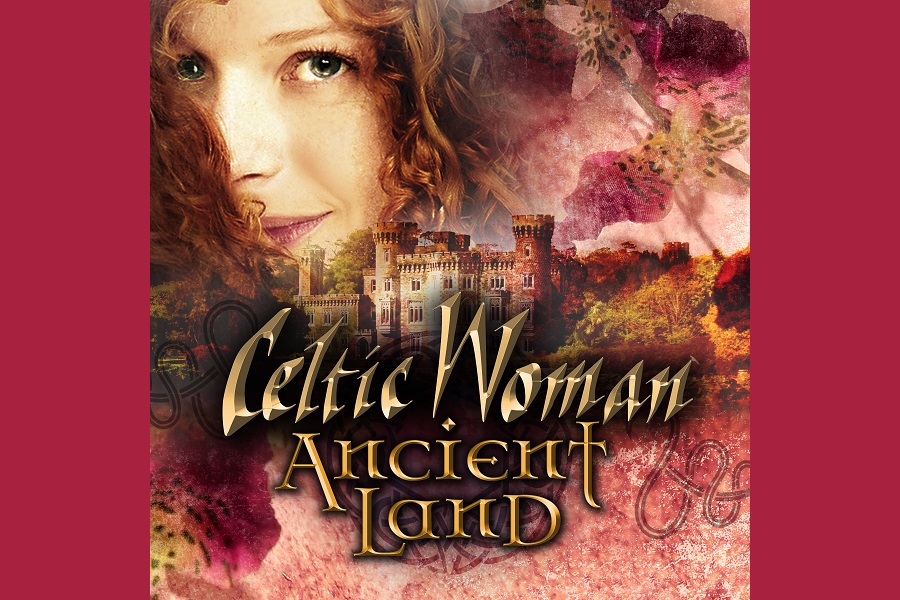 Recorded in Real World Studios in the UK in summer 2018, ‘Ancient Land’s’ 18 songs will feature material that is all new to Celtic Woman including original compositions ‘Follow Me’, ‘Be Still’ and ‘Love & Honour’ (instrumental), some Irish traditional songs including ‘Sive’, ‘Mna na hEireann (Women of Ireland)’, and ‘Moorlough Shore’ and some reimagined workings of contemporary songs such as ‘Long Journey Home’, ‘Going Home’ and ‘Homeland’.

Celtic Woman: Ancient Land – for PBS broadcast across the US from late November. Filmed against the backdrop of the historic Johnstown Castle in County Wexford, this stunning outdoor show will feature brand new music from their latest album, ‘Ancient Land’, and timeless favorites that never fail to warm the heart.

Celtic Woman continue the centuries-old Irish tradition of telling stories through song: stories of the land, stories of love and stories of dancing – songs that will bring a piece of Ireland into your home, and into your heart.

‘Ancient Land’ features the incredible vocal talents of Mairead Carlin, Eabha McMahon, and introduces newest member Megan Walsh along with the sensational Tara McNeill on fiddle & accompanied by orchestra and a full Irish band of drums and pipes, whistles, singers and dancers.

Since its debut, global musical sensation Celtic Woman’s concerts continue to touch the hearts of a huge audience that spans the globe.

Both an accomplished recording ensemble and a world-class performing collective, Celtic Woman celebrates Ireland’s rich musical and cultural heritage, while continuing its remarkable legacy of introducing some of Ireland’s most talented singers and musicians onto the world stage.

Following its debut on PBS in 2005, the group has achieved massive success encompassing thirteen chart-topping albums, eight DVDs and nine public television specials leading to sales of over ten million albums, with platinum success in nine countries. Each of its CDs – including 2016’s ‘Destiny’ which was also nominated for a Grammy – has debuted at #1 on Billboard’s World Albums chart. The group has been named Billboard Magazine’s #1 World Albums Artist six times.

A one-of-a-kind live act, Celtic Woman combines the country’s finest musical talents with epic stage production to present a uniquely inspiring live experience. As a touring powerhouse, the group has performed for over four million fans across 23 countries and six continents, with an especially devoted following in America. The show is renowned for its high-quality entertainment, exceptional musical performances and stunning visual productions, enthralling audiences of all ages.