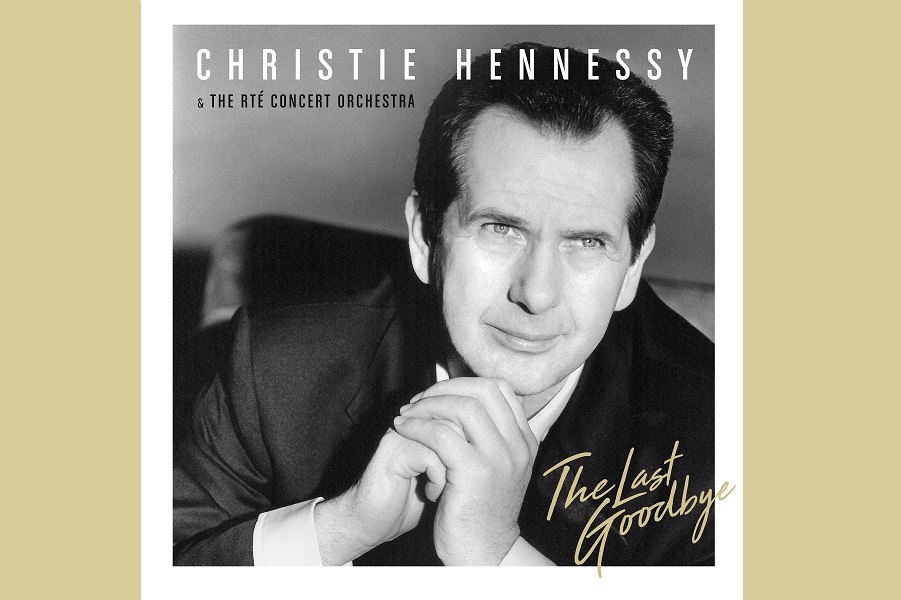 ‘The Last Goodbye’ – a collection of Christie Hennessy’s beautifully crafted hits, re-recorded with the RTÉ Concert Orchestra is set for release on 2nd November.

This one-disc collection will feature 10 classic titles including the timeless version of ‘Messenger Boy’ sung in that unique delicate Kerry voice taken from his first ever LP. ‘Oh Jealous Heart’ and ‘Soho Square’ both get new treatment with the RTÉ Concert Orchestra creating that effortless and exhilarating accompaniment. The record also features some of his most beautifully penned songs including ‘Remember Me’ and not forgetting the country influenced ‘All The Lies That You Told Me’ (which had been a huge success as a single for Frances Black).

The album also includes two beautiful duets with daughter Hermione on ‘Every Time A Star Falls’ featured on “A Friend of Mine” and ‘If  You Were To Fall (And I Was To Fall In Love With You)’ taken from his multi-platinum selling album ‘A Year In The Life’.

Christie Hennessy has been at the forefront of Irish music and folk music, his career spanning over 30 years and now fans will get to hear his wonderful songs and marvellous lyrics as the colourful legend lives on. Family always mattered hugely to Christie and his children Hermione, Tim and Amber became an increasingly central part of the story. They were all singers and musicians and they loved the creative interplay with him. Hermione recalls of her father “he took people on an emotional journey – from every high of happiness, through great, side-splitting laughter, to every touching piece of sadness… but as always with a sense of possibility and renewal.”

The RTÉ Concert Orchestra were conducted on the album by Gavin Maloney who has worked with Ulster Orchestra, Crash Ensemble and National Chamber Choir. Gavin Moloney teamed up along-side Christie’s son Tim Hennessy orchestrator, producer and mix engineer for the album. Carrying on his father’s legacy and fulfilling his Dad’s dream to hear his songs performed by an orchestra. One of Christie’s very favourite albums was Harry Neilssen’s A Little Touch of Schmillson in the night…. and here it is realised…. but with his beautiful songs.