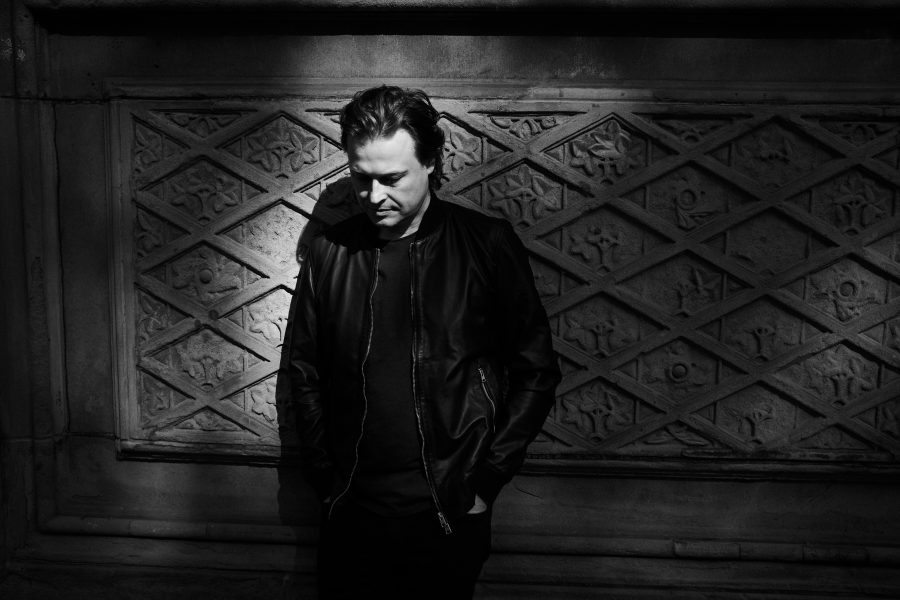 ‘High Point’ is the second full-length album from Irish Singer/Songwriter and front man of The Devlins, Colin Devlin. Produced by Pierre Marchand who also produced Sarah McLachlan and Rufus Wainwright.

The world has changed since Colin Devlin released his acclaimed 2010 solo debut, ‘Democracy Of One’, but this Irish songwriter’s approach to finely crafted music remains steadfast. His cinematic tracks have been featured in more than a dozen films and TV shows over the past two decades. Now, Devlin returns with his second outing, ‘High Point’, produced by longtime collaborator Pierre Marchand (Sarah McLachlan, Rufus Wainwright) and recorded in Los Angeles and Montreal. Devlin’s new songs explore the darkness and light of human relationships set to moody soundscapes influenced by David Bowie, Brian Eno, Peter Gabriel, and David Sylvian. The title cut recalls the shadowy rhythms of Devlin’s rock band past (he toured the world with The Devlins in the 1990s and early 2000s); ‘Highwire’ examines the coldness of 21st century technology, and the rewards of going the distance in a relationship; ‘Promised Land’ is a signature ballad with a Wurlitzer piano and backing vocals from fellow Blue Elan artists Chelsea Williams and Lisa Lambe; and ‘Exosphere’ is a simple ode to fatherhood and the mysteries of everyday love, but also a yearning for deeper knowledge of one’s own existence. The album includes guest guitarist Michael Brook, brother Peter Devlin on bass, Matt Chamberlain on drums, and Jeremy Ruzumna on piano and keys.

At a time when both politics and the planet seem to be spinning out of control, Colin Devlin’s new album ‘High Point’ takes the sonic high ground. The world has shifted since this Irish singer and songwriter released his acclaimed solo debut ‘Democracy Of One’ in 2010, but his approach to finely crafted music remains steadfast, with warm arrangements and timely lyrics about exploring the darkness and light of human relationships.

Devlin first earned his reputation for atmospheric songs and nuanced vocals during the 1990s and early 2000s, when his band The Devlins received four stars from Rolling Stone and placed songs in more than a dozen films and TV shows. After the success of his first solo album, Devlin won “Best Irish Male” at the Meteor Music Awards in 2010 and co-wrote several tracks on Janiva Magness’s 2016 album ‘Love Wins Again’, which earned him a Grammy nomination.

“The album was finished during nine days at Clear Lake Studios when all the musicians were together,” he says. “We rented a house in Los Feliz with a pool, and it all felt very rock and roll––until I realized that my three-year-old daughter had erased the production notes from my iPhone’s voice memos. Thankfully, it was perfect timing. We had just laid down the last track.”

Opening number and title track ‘High Point’ returns to the shadowy rhythms for which The Devlins were best known, featuring a haunting (and danceable) EDM break by the band. The singles ‘Just A Fire’ and ‘Highwire’ follow; the latter tune is set in a technological world where months fly by, connections are intermittent, and relationships are fragile but worth the effort to go the distance: “Stay with me now,” Devlin sings over a cascading piano line, “Believe in yourself, you don’t have to worry at all. Everybody stumbles and falls on love’s highwire.” ‘Promised Land’ is a signature Devlin ballad with a Wurlitzer piano solo and an addictive chorus with guest vocals from Williams and Lisa Lambe (“You can’t help me anymore. The truth is I don’t care. The promised land is waiting out there.”)

“I could have made a traditional alternative rock album with ‘High Point’,” Devlin says. “Instead, I let each song determine its own direction. There’s so much noise out there in the industry, and this recording reflects a range of textures and total creative freedom.”

‘This is Where We Are’ captures the optimism of that freedom in Devlin’s acoustic guitar and Chamberlain’s solid backbeat. ‘Nostalgia’ examines the pull of memories and the need to focus on the present; ‘Shine On’ is a gentle testament to loved ones lost but not forgotten; and ‘Water’ is a cascading tune about fleeting desire. The hymn-like ‘Exosphere,’ written after the birth of Devlin’s son, is a simple ode to fatherhood and the mysteries of everyday love, but also represents a yearning for a deeper knowledge of one’s own existence.

In a world of disposable pop music, ‘High Point’ is another plateau for a songwriter who relishes the sounds of real instruments and the value of living in the present.

“Between my first album ‘Democracy Of One’ and the new one, I married, had two children, and started to see life through a different lens,” Devlin says of the writing a recording of ‘High Point’. “The songs express an awareness of the beauty and temporality of life. We get so caught up, sometimes we don’t stop to realize how momentous each day can be.”