Cormac Breatnach Embarkes on Whistle Blower Out of Time Tour 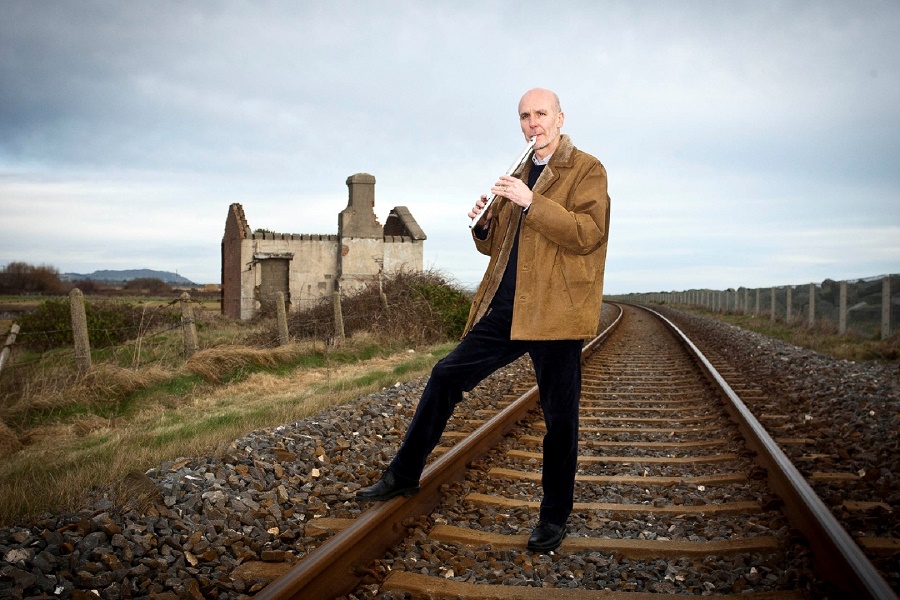 Cormac Breathnach is currently  taking part in his country wide tour, “Whistle Blower Out of Time”, in support of his album ‘The Whistle Blower’ featuring Daire Bracken (fiddle and loops) and Martin Tourish (accordion).

Of the tour Breathnach has said, “When I first learned the news of a train robbery at Hazelhatch, near Sallins, Co. Kildare on the 31/03/1976, I was capitulated into the adult world and the public domain as I participated in my family’s campaign to gain public support for Osgur’s release and the release of his co-accused, Brian McNally and Nicky Kelly. The Case became a cause célèbre known as The Sallins Mail Train Robbery [Frame-Up] and later, as the Nicky Kelly Case.

Widely acknowledged as a serious miscarriage of justice, it engulfed the Breatnach family for over 17 years and cast a long shadow into my own adulthood.

My “Whistle Blower Out of Time Tour” is the culmination of four years of funding by the Arts Council.

For my Show, I have weave three different strands to attract an audience – film, live music with supporting motion graphics lasting one-hour.  This will allow the audience to experience my narrative + the development of a four-year artistic journey on an emotional level. At the same time, it will also allow for the sharing + presentation of my Work in a wholly new + innovative way expanding the avenues through which traditional artists reach people.  The music serves as a direct connection to my narrative, exposing the personal trauma I suffered in my teenage and young adult life. My short thought-provoking film directed by Trish McAdam will precede my short introductions to the musical works touching on some of the issues raised in the Case. The film begins with the statement “We all have a story to tell.””