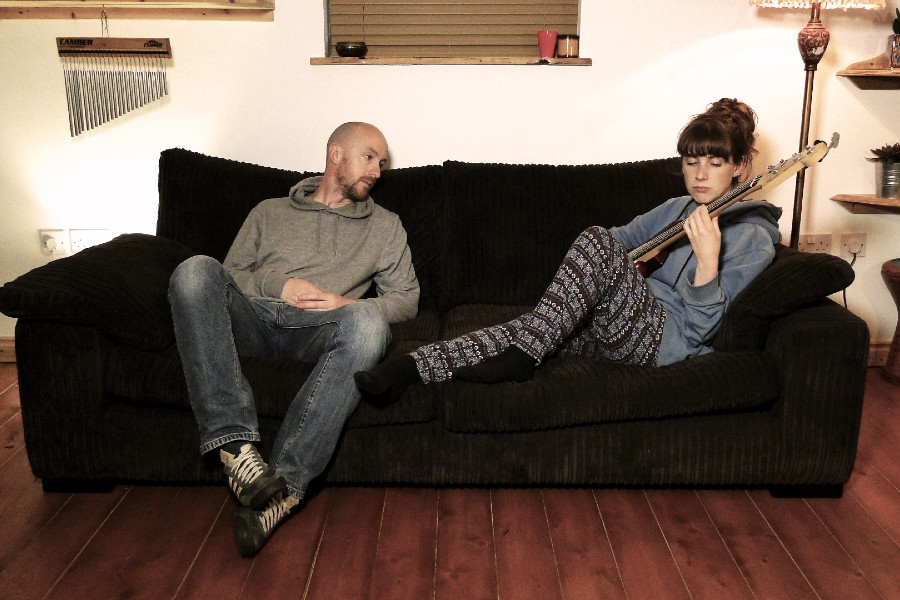 Living on the Atlantic Coastline has had a massive influence on the atmospheric music created by Lazyrevs. Manifesting itself through the lyrics and tonal choices found in their songs. Lazyrevs now produce all their music and videos there, having finished their own home studio in the idyllic surroundings of the West of Sligo.

The song’s lyrics are, “about coming to terms with a loss in your life, and learning how to let go; realising that sometimes the only person who can save you is yourself.” It relates to Nadine’s dad, Paddy Keogh, who was diagnosed with Esophageal cancer this year, which has a very low survival rate. Paddy, a musician in his own right, introduced Nadine to music, taught her how to play guitar and sing and she sang lead vocals in his cover band throughout her teenage years.

‘Tidal Wave’ is about the fear of losing that connection with her dad, the fear of losing her best friend. It’s about finding the courage inside herself to carry on and let her dad know that he doesn’t need to protect her anymore.

Paddy was lucky enough to get onto a new drug trial in St James not long after his diagnosis, which has been very successful so far. During lockdown, Nadine managed to raise money €3,000 for an awareness campaign on Esophageal cancer, which was part of a successful €50,000 campaign to extend the drug trials.

Lazyrevs have previously received editorial support from Spotify, landing a placement on the official ‘A Breath of Fresh Éire’ playlist. They have also been featured on BBC’s Introducing Mixtape with their previous single ‘Inside Out’, which was also selected to play in the final season of hit Australian TV show ‘Mustangs FC’ through their exclusive sync publishing deal with ThinkSync Music in the U.K.

Before embarking on their own independent musical endeavours, Tom and Nadine ran a music project called the ‘Declan Sessions’. This project focused on recording and promoting Irish Music from all over the country. Providing much-needed support to independent artists through recording a weekly live music video performance from a vintage VW Campervan called ‘Declan’. They then went on to curate a live stage at Electric Picnic and feature some of the best artists that they recorded throughout the year.