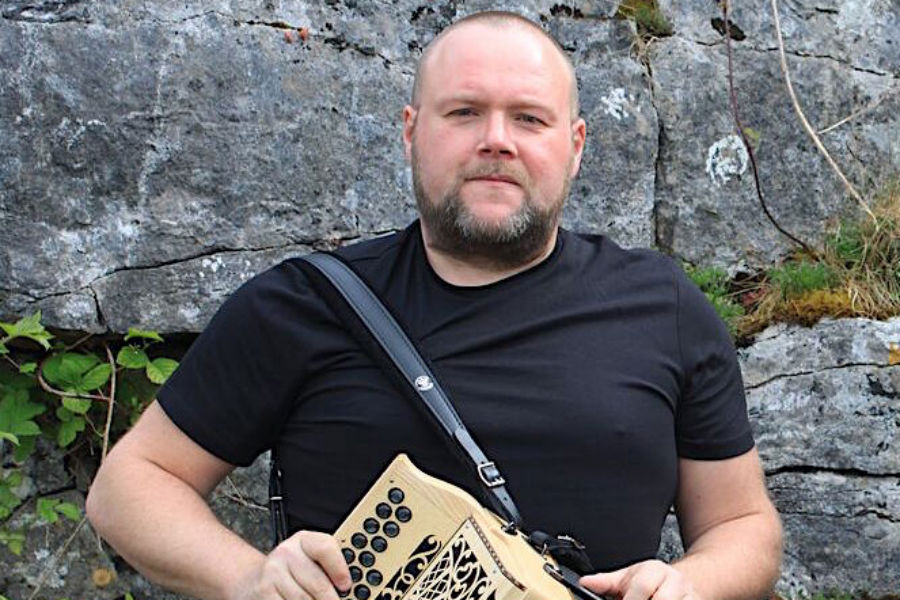 The title of the CD is ‘Aonair’. ‘Aonair’, which means “alone” or “solitary”, is a collection of new compositions by accordionist David Munnelly that were recorded December 24th and 25th 2017. As the title suggests, the CD contains ten solo pieces in which David shows his astonishing creativity on this diatonic instrument.

The origin of this project is also special, because during the Christmas period of 2017 it saw the light of day in two days in the hall of 17th century Parel van Zuilen, Utrecht where David also lives.

Using typical sounds, such as an espresso machine for the tune ‘Corazon’, Spanish for heart but also a brand of coffee drank in the Netherlands. Malgosia Fiebig, the carrillonist of the Utrecht Cathedral, was so surprised by the pieces that she played one of the themes on the carrillon, which then ended up on this CD.

Munnelly’s background is traditional Irish, but by experimenting with new sounds and musical styles for years, he has laid the foundation for his own original sound. Only the fact that he brings these amazing songs to life with one instrument, makes this a CD that is completely original.