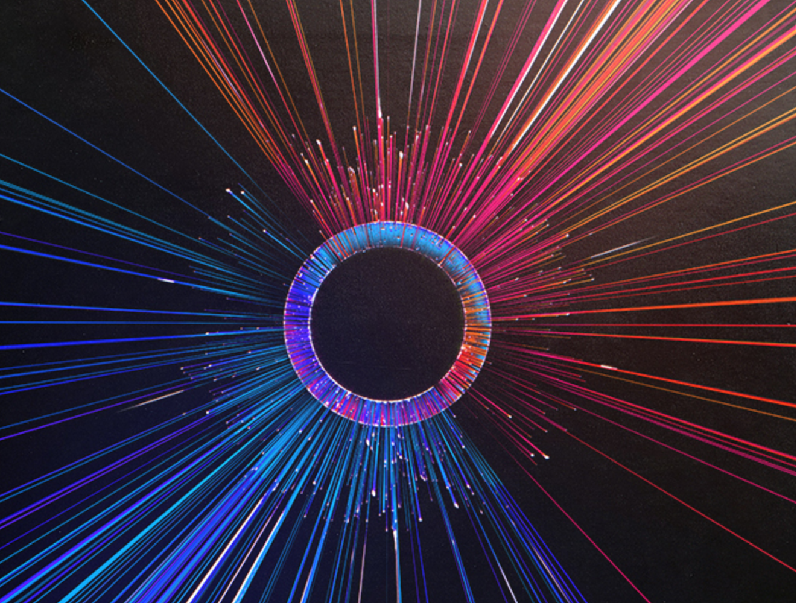 Vivid Dreamer are musicians and producers Ryan McGroarty and Rocky O’Reilly from Belfast, Northern Ireland. The pair recently retreated to their shared writing space. They locked the door and inflated a dazzling bubble of synthesizers, space echoes and drum machines, wrapped in fairy lights with endless immersive animations looped on their screens.

They felt inspired to create an instinctive escape from the everyday pressures, self-imposed expectations and crippling fears that they often witnessed taking hold of their musician friends. They soon created a character based on those friends.

Their new super friend begins lost in the motions, devoid of the drive that once defined them. They embark upon a journey of searching for themselves, seeping tales of ambition, anxiety, regret, jealousy and even laughable paranoia in THINK ABOUT IT.

They finally find resolve, rediscovering the naivety, hope and child-like innocence that remained deep within. Soaked in the sonics and approaches of the pair’s individual projects they encouraged and dared each other to act more immediately than they ever had before. The result is a blueprint of how they will operate in the future; Openly, honestly and fearlessly.

The debut album will be released on 12th July 2020, a joint release from the duo’s new-formed Reckless Abandon collective and Third Bar in Belfast.

Digital and vinyl pre-orders are available exclusively on Bandcamp from July 3rd.