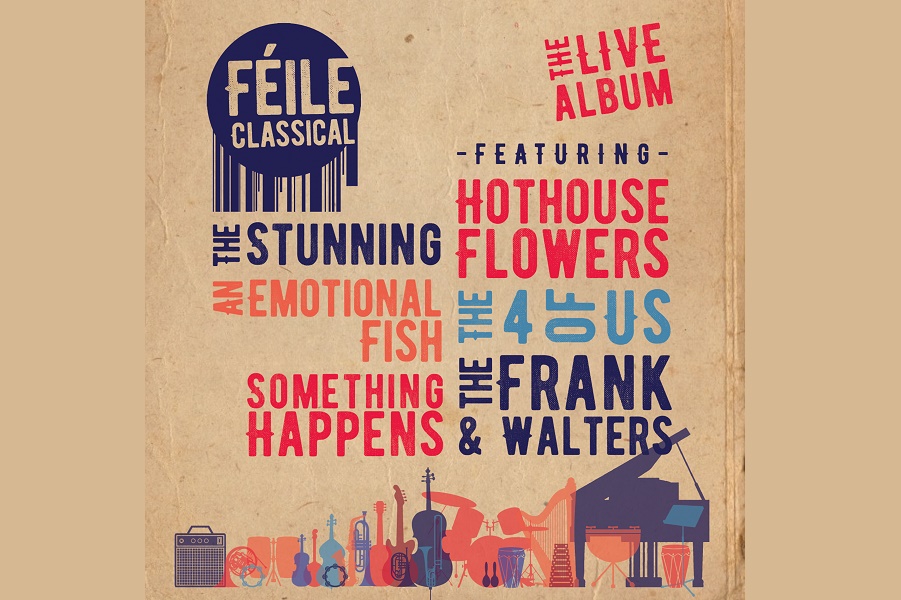 After a 21-year hiatus the trip to Tipp made an electrifying return to Thurles as Féile Classical with two-sold out concerts on the hallowed grounds of Semple Stadium, 21st and 22nd September. The jam-packed concerts to over 20,000 people, were lauded as the gig-of-the-year by many who attended.

The line-up consisted of the greats of the Irish 90s, The Stunning, An Emotional Fish, Something Happens, Hothouse Flowers, The 4 of Us and The Frank & Walters each performing their legendary hits in perfect harmony with the Irish Chamber Orchestra.

Speaking of the incredible reaction, MC of the concerts Tom Dunne, who’s band Something Happens performed at Féile ‘90, ‘91 and ’93, says:

“Hand on heart: I was humbled to have been part of something so special, it was a remarkable two days. People talk about ‘special events’ and ‘creating magic’, Féile Classical went beyond that, everyone involved gave it their all to create truly memorable performances. The connection with the audience was visceral, moving and real. It had the same energy as the early Féiles, people were too involved in the moment to want to watch it through their mobile phones. As one texter to my radio show said, I don’t want to move on from it, not yet, not for a while, that’s how I feel, and how the bands feel that way too.”

Following the huge success of the concerts ‘Féile Classical – The Live Album’ will be released on Friday 23rd November. Featuring band performances with the ICO of songs that were so well received at the concerts, the tracks have been mixed and mastered and will be released on 2 formats – CD and CD/DVD. Fans can look forward to classics ‘After All’ by The Frank & Walters, ‘Parachute’ by Something Happens, ‘Mary’ by The 4 Of Us and many others. The brand-new recordings capture the same feel-good factor from those two magical nights in September and are a must-by for anyone who attended their concerts or anyone who loves Irish music!

The second format on CD and DVD also being released on November 23rd features a DVD entitled ‘Féile 2018: The Backstory’ bursting at the seams with archival footage, out-takes from the iconic Féile TV, band interviews and footage of the original motely Féile gang of the 90s, Dustin the Turkey, Ray D’Arcy, Ian Dempsey and many more.