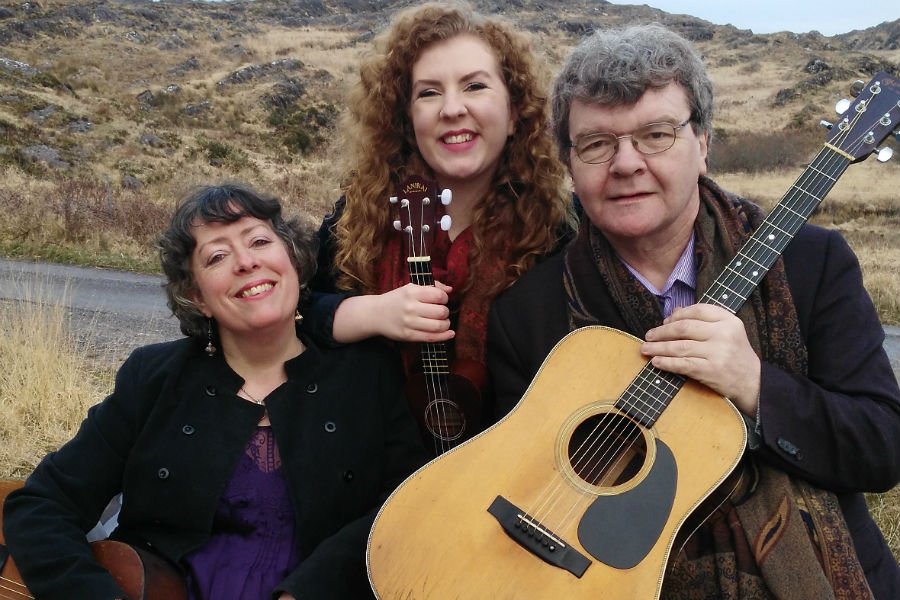 The dust settles on a summer that was wonderful in every way for Greenshine and as long nights draw in they can dream by the fire of concerts and festivals they played, friends they made and roadtrips far and wide beneath the glorious Irish sun of 2018. The band hopes to emulate the success of previous singles ‘The Girl In The Lavender Dress’ (most played track on RTÉ Radio 1 for over a month and third most played Irish track for the year of its release 2016. ) and ‘Dandelion Seed’ (over a month at the No.1 spot on RTÉ Radio 1’s Airplay Chart and over a month on the RTÉ Radio 1 Recommends List) with their brand new single ‘The Good Is Gone’.

This song, co-written by Mary and Ellie, wraps the slow seeping away of love in a retro pop tune with an almost country flavour reminiscent of the sound of The Byrds and other sixties heroes. Like ‘Dandelion Seed’  before it, ‘The Good Is Gone’ is taken from Greenshine’s upcoming new collection due for release in early Spring 2019. As Greenshine’s singles and album tracks continue to feature on playlists both national and international, the band would be delighted to receive that same support for ‘The Good Is Gone’- a song of heartbreak with a beat. As we leap forward musically into the coming seasons, Greenshine look forward to breaking new concert and festival ground with The Ballyshannon Folk Festival and The Doolin Folk Festival already on offer in 2019 as well as old favourites like Waterford Spraoi Fest and The Cork Folk Fest. In the meantime here are some dates for your diary with more to be confirmed!