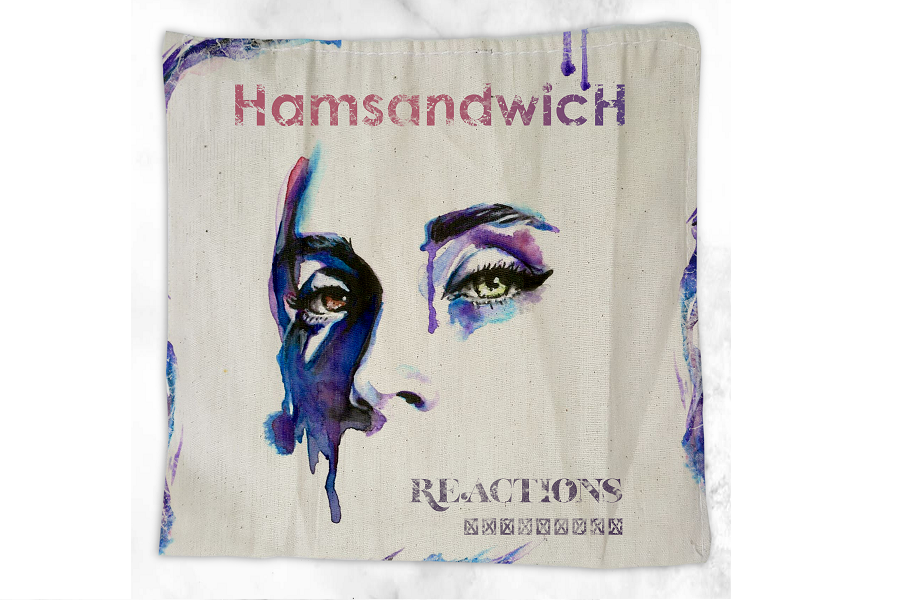 HamsandwicH are delighted to announce the unexpected dropping of their new single-bomb ‘Reactions’, a sonically charged surprise release from one of Ireland’s most enduring independent bands ahead of their December shows around the country.

Following up last year’s single ‘Bodies’ and on the heels of their triumphant return to The Electric Picnic and the IndiePendence Festival ’18, HamsandwicH hit the road for a handful of dates around the country in December 2018.

“Reactions was started as a very short zippy little verse chorus demo and we reworked it into a 3 part piece. It explores deeper into song writing where we had even more fun than usual! Lots of new areas and influences covered from a choppy verse vocal to more unconventional odd harmonies based around a simple hook. The song has very different rhythms which we battled & hopefully managed to blend together. One big influence from the off was Prince as it was written around the time he passed away. Hopefully it’s a track the man himself would dig.” – Podge SandwicH

“We are continuing down the path we took with our last track Bodies. We are excited to be writing in new territory and think the live shows will benefit hugely by the new music. It’s going to be even better. We can’t wait for this December tour! It’s different stuff but we’re excited to hear what people think” – D’Arcy SandwicH

One of Ireland’s most enthralling live acts in recent times, Kells, Co. Meath band HamsandwicH are well known for their incendiary live performances which has established them as one of the top touring acts in the country. Featuring their signature calling card of Niamh Farrell’s powerful yet sweet vocal and Podge McNamee’s juxtaposing baritone, if ever there was a band to feed off their audience it is HamsandwicH; melodic, hook-laden, and heart-warmingly charming. HamsandwicH will be touring throughout 2018 performing new music as well as the old favourites.

Having sold out Dublin’s prestigious Olympia Theatre three times, supported Arcade Fire and The Pixies, played on the main stage at both the Electric Picnic and Longitude Festivals, performing at the legendary Slane Castle with Bon Jovi, been personally invited by Mumford & Sons to support them in Phoenix Park, to selling out their legendary acoustic show Dublin’s Christchurch Cathedral on the day tickets went on-sale, HamsandwicH continue to thrive having established themselves in the upper-echelon of must-see acts on the road today.

Back in April 2015 the band’s third album ‘Stories From The Surface’ debuted straight into the number 1 spot on Ireland’s official album chart, the first time an independent and unsigned Irish act accomplished this feat. With producer Karl Odlum (who also produced ‘White Fox’ and the band’s 2008 debut, ‘Carry The Meek’) at the helm again, the album was recorded throughout Dublin in 2014 in Westland Studios, Windmill Lane Studios, Bow Lane Studios as well as his own studio. Along with such a continuous thread stitched throughout the band’s existence is – as Podge has referenced – a quest to be different yet distinctive.“You want to aim for, achieve and retain these,” says Niamh, “so that people can listen to the new material and know it isn’t going to sound like previous albums, yet it’s still going to sound like HamsandwicH. You want, ideally, people to hear the song on the radio without the DJ or presenter introducing the band name, but the listener will know it’s us.”

‘Stories From The Surface’ was mixed by American Danny Kalb in his Cincinnati, Ohio studio who’s past work includes Beck, Ben Harper, Karen O, Rilo Kiley, Neon Neon, just to name a few, was a bonafide attraction. “We met Danny and he is such a hard working optimistic guy you can’t help but like him; his mixes opened up a new dimension for HamsandwicH”, muses drummer Ollie Murphy. ‘Stories From The Surface’ was mastered by Greg Calbi who’s credits include albums by St.Vincent, The National, War on Drugs, Bruce Springsteen, Talking Heads, Paul Simon, John Lennon, amongst other, at Sterling Sound in New York City.

Looking back on the band’s 2010 second album, Podge McNamee reflects “It’s good that the songs on ‘White Fox’ are still loved; for such a short album it’s had a remarkably lengthy life, and to be honest, reworking ‘White Fox’ through many gigs slowed down the writing for ‘Stories From The Surface’; in fact, we almost rewrote ‘White Fox’, and that was something we weren’t used to. Most bands will tell you that the real way to learn your material is to get out of your comfort zone, and strip the songs down to the bare bones.” The ‘White Fox’ album is featured in Irish Times’ writer Tony Clayton-Lea’s acclaimed book ‘101 Irish Records You Must Hear Before You Die’, describing it as a “masterclass in quality indie pop.”

Prior to the release of their debut album ‘Carry The Meek’ in 2008, HamsandwicH were initially known as a singles-band with a successful run of independent and self-financed singles between 2005 to 2008 – ‘Sad Songs’, ‘St. Christopher’, ‘Words’, ‘Click…Click…Boom!’, ‘Keepsake’, ‘Never Talk’, and ‘Broken Glass’. The ‘Carry The Meek’ album was released in early 2008 compiling these singles plus three addition songs. Following the album’s release the band were presented with the Hope for 2008 Meteor Award as voted for by the listeners of RTE 2FM.