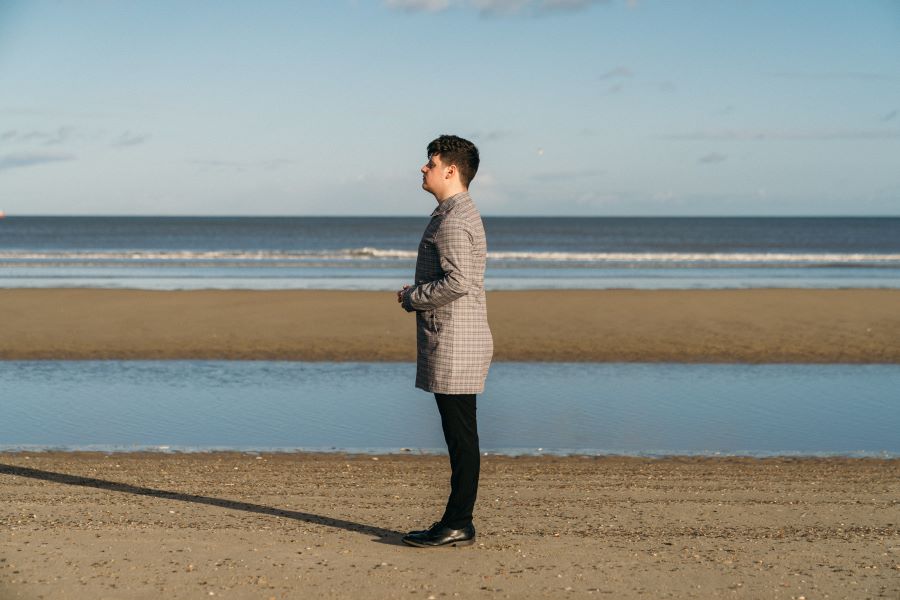 The well-known phrase “It’s always darkest before the dawn,” is a proverb about hope and recovery that has not only been directly used a number of times in modern music but also serves as the inspiration behind the 24-year old Wexford singer/songwriter JaXson’s new single ‘Better’.

‘Better’, which is set for release on March 27th, is a slow-burning, angsty pop song “about coming out the other side of a dark, difficult situation with a new perspective on life,” JaXson says. “One night I lay awake until dawn, watching night turn to day. Despite it being so dark and cold; when the sun rose and it was the start of a brand new day, I was able to see things more clearly.

This normal, every-day situation reflected a dark period of my life which I was looking for a way to deal with. I was able to take inspiration from that sunrise and realise that no matter how difficult your life gets, no matter how bad a situation is, there is always going to be a light at the end of the tunnel and that tomorrow is a brand new day.”

Working alongside Sarah Branigan and Cian Synnott at Windmill Lane Recording Studios, JaXson was keen to keep the production on the song quite raw in order to allow the emotion and its deeply personal and heartfelt lyrics to come to the fore. Sparse instrumentation at the beginning allows the song’s message to resonate with the listener before the track builds to an uplifting crescendo and really hammers home the feeling of hope and the healthier outlook that the song is inspired by.

Branigan explains, “When it came to recording vocals, we mustn’t have done more than three passes. Luke has an innate ability to sing with such raw, genuine emotion and we knew that we had been a part of capturing and creating something extremely special.”

JaXson sold out his debut headline show in Whelan’s in 2019 following a successful run of summer festivals including Indiependence, Kaleidoscope and Vantastival and has also played support slots for Hudson Taylor, Aslan, Little Hours and Adam French among others.

Having gained placements on Spotify playlist ‘A Breath Of Fresh Éire’ with previous releases, JaXson was also named as One To Watch in 2019 by GoldenPlec in its Plec Picks series, while Today FM’s Fergal D’Arcy recently labelled JaXson the “future of Irish music”. ‘Better’ is the first single of what promises to be a game-changing year for JaXson.