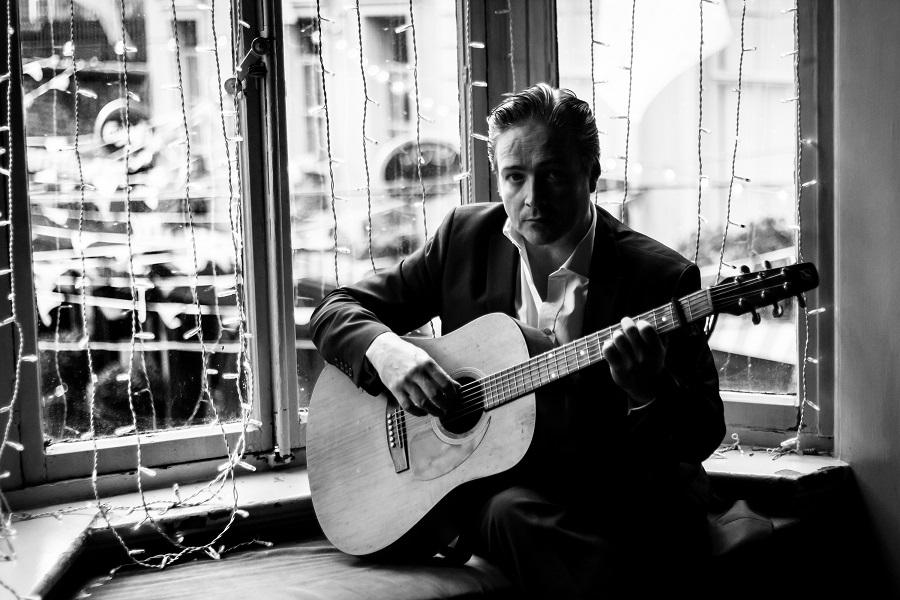 20 years after the release of his first critically acclaimed album ‘Songs For a Fallen Angel’ John McGlynn self-releases his second album ‘Fragments’ on 18 January 2019.

Recorded over the summer of 2018 in Dublin by Greg French (The Brilliant Things) and Darragh Nolan (Sacred Animals) and produced by Rebecca Shannon (Chirpy).

His first album ‘Songs For a Fallen Angel’ was nominated in the Best Adult Contemporary Album category of the largest independent music awards in the world – The JPF awards. The lead song on the album ‘If All She Has Is You’ was subsequently recorded by Canadian synthpop duo Electric Youth and features on their album ‘Innerworld’, produced by Vince Clarke (Depeche Mode/Erasure/Yazoo).

The album is built around McGlynn’s crystal clear vocals and unique fingerstyle guitar. ‘Fragments’ has been a long time coming. “It wasn’t the right time,” is the answer to the question “why did you wait so long to release it?”. The collaboration with Rebecca was a matter of chance and great luck. Her sublime synth work and production have elevated this beautiful album into an artistic masterpiece that closes the door on two decades of work.

The album is available to pre-save or pre-order on every major platform from January 11th 2019.