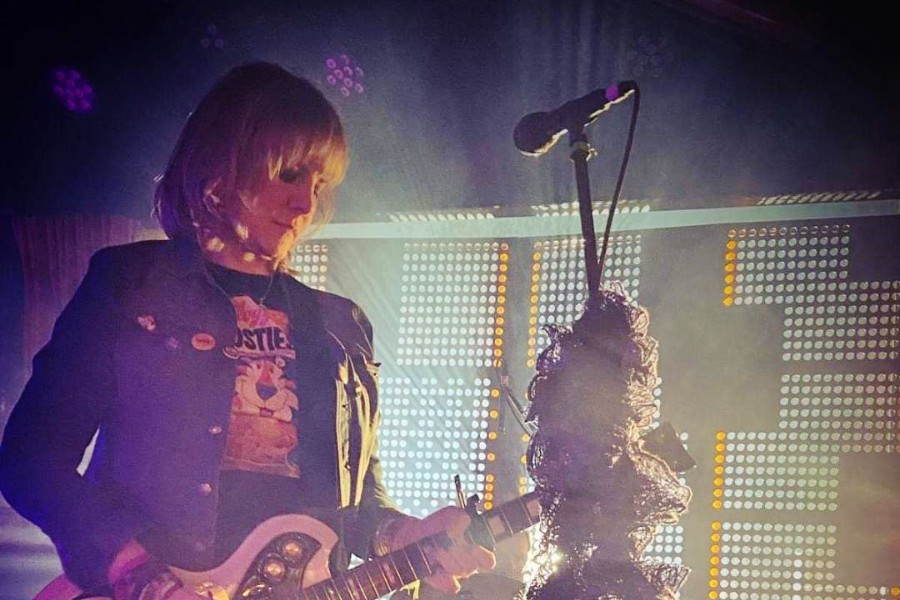 The two songs – ‘The Glitter And The Glue’ and ‘You Never Made It That Far’ – were produced by Alan Maguire during sessions for the debut Keeley long-player scheduled for release in 2022. In honour of a largely-lost art, namely the time-honoured classic double A-side single, the release comprises two A-sides of arguably equal quality – a value-for-money gesture and a measure of this artist’s determination to pursue and promote Indie values.

‘The Glitter And The Glue’ is the shortest, fastest and most ecstatic explosion of energy released by Keeley to date – a hook-laden, metallic melodic monster of a song with a very unusual lyrical content. It is already receiving airplay from Newstalk FM, 98FM, 8Radio and has now been added to the playlists of Dublin City FM and KCLR 96FM. ‘You Never Made It That Far’ is something else entirely – a spacey, darkly-dreamy electronic elegy drenched in drama and soaked in sadness. RTE Radio 1’s Late Date have chosen to air this track.

‘The Glitter And The Glue’ c/w ‘You Never Made It That Far’ is the follow-up to debut single ‘Last Words’ released in October 2020. ‘Last Words’ topped Newstalk FM’s airplay chart, was playlisted by RTE Radio 1 and 8Radio and has been playlisted by stations as far afield as Toronto and Philadelphia. It was picked by legendary broadcaster Tom Dunne as one of his ‘Top Tracks of 2020’, listed at #12 in Radio Nova’s Nova Guestlist ’Top 15 Irish Songs of 2020’ and upon it’s release became the subject of full-page articles in the Belfast Telegraph and Derry Post newspapers, a frankly unheard-of feat for an indie artist on their debut single.

But then Keeley is not just any Indie artist. They are something quite simply unprecedented in music history – “A concept artist” with a unique theme that combines frontwoman Keeley Moss’ long-standing involvement in the world of True Crime with music and whose sound is a blissful buffet of Psychedelic Rock and Dreampop with electronic elements. Or in the case of ‘The Glitter And The Glue’, a blistering buffet of Psychedelic Rock, Post-Punk and the fuzzier, more frantic end of the Dreampop spectrum.

As was the case with ‘Last Words’ and it’s respective flip-side, both ‘The Glitter And The Glue’ and ‘You Never Made It That Far’ focus on a most unusual subject matter, namely German tourist Inga Maria Hauser whose murder in Northern Ireland in 1988 remains unsolved. For the past five years the group’s singer, guitarist and songwriter Keeley Moss has been publishing a blog with a devoted global following, The Keeley Chronicles, that documents the many facets of this unique, harrowing and mystifying case. She has worked in close quarters with the PSNI, with senior politicians and with Inga’s legal representatives in Northern Ireland throughout this time as part of concerted efforts to advance and resolve the notorious case. Keeping the memory alive of this beautiful and mysterious soul is an ongoing obsession at the heart of all Keeley’s art.

‘The Glitter And The Glue’ c/w ‘You Never Made It That Far’ is the latest chapter in the saga.