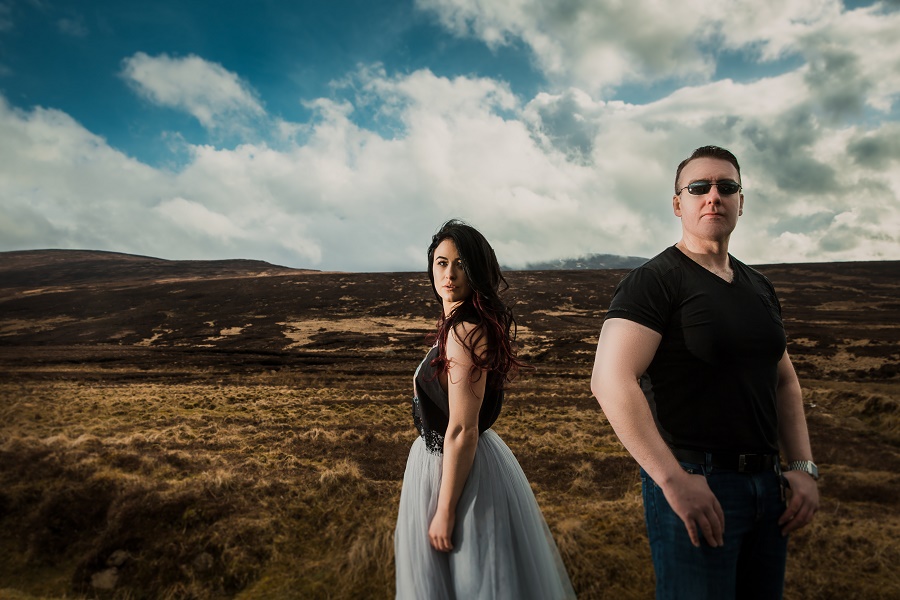 ‘Run & Hide’ is the latest release by Leo Dynamic1 and Micah.

Their previous release ‘Baby Baby’ has currently reached over 200,000 views on YouTube so far. The track also received radioplay in the U.S.A, Europe, Australia and back home in Ireland. It reached Top 20 in the U.S Starfleet DJ Chart.

‘Run & Hide’ is an up-tempo catchy track made for the dancefloor. Leo Dynamic1’s tracks as well as co-writes have received over 5 Million streams to date. He is also a Two Times All Ireland Boxing Champion ‘The Punching Producer’.

In July of this year, Leo signed a global deal with Kobalt\AWAL Music group. Two of his latest releases ‘Fly Again’ Remix and ‘Jigsaw Pieces’ were in the Dutch Dance Top 40 Chart at the same time. He’s also produced two Top Ten Hits with DJ Shog for Sony Music Germany.

Leo also enjoys writing music for T.V and has had placements on MTV USA.

Micah is a professional singer-songwriter, who is a seasoned live performer and recording artist. Previously part of girl group “Rouges”, who achieved no.4 in the iTunes Ireland chart. Releases such as ‘White Lies’ which was produced by Leo Dynamic1 gained airplay on Irish radio stations. Similarly to Leo she enjoys writing in multiple genres writing for short films and TV programs such as ‘All Saints 1989’ and ‘Room for Rent’.

Micah writes and records for various producers and DJ’s such as Sholan who is signed to Ministry of Sound label. Her next solo single which will be produced by Leo, will drop in early 2019 and its sure to be a knockout. Throughout this time, Micah has continued to cultivate her stage craft with performances singing with Big Bands such as Route 66 at various theatres and festivals throughout Ireland. She was also one of the standout performances at the Rose of Tralee Festival (2017), making Micah a much sought-after vocalist\lyricist.

Leo and Micah are particularly excited about ‘Run & Hides’ release as its sure to be a track to get you moving and grooving on the dance floor.

With pulsating production provided by Leo and catchy lyrics supplied by Micah, it’s sure to be a song that pops up on your playlist!