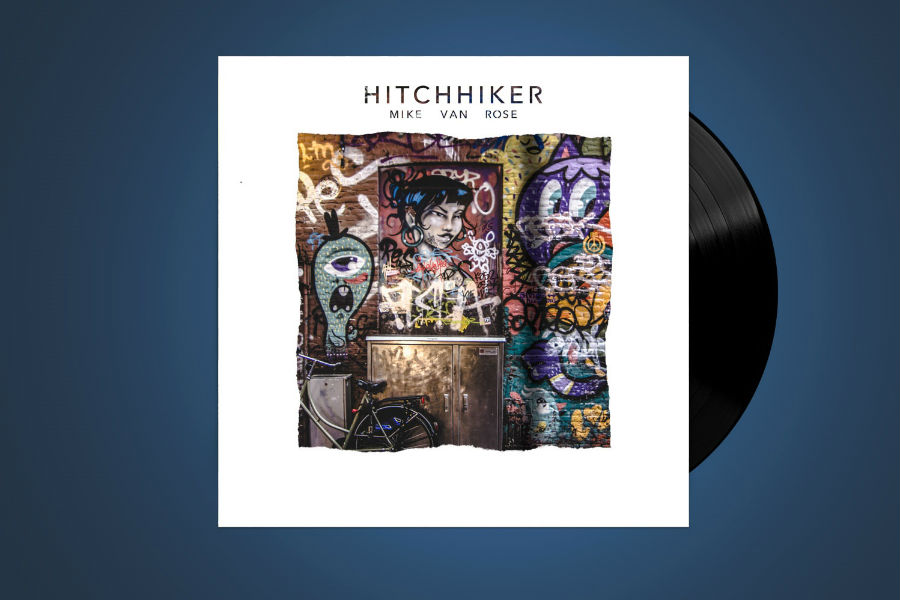 It takes time to process creativity, but the residual experiences of Mike Van Rose’s expedition in the winter of 2013 can be heard on his debut solo album, ‘Hitchhiker’. Produced by Mike, mixed and mastered by James Darkin (at Herbert Place Studios, Dublin), the mostly instrumental album wears its influences proudly. Across a dozen tracks, from Jvlia (the Roman name of his Portuguese hometown, Beja) to Portobello (the area in Dublin where Mike has lived for some years), the journey, as well as the mindset, is explored in what amounts to a route of discovery.

Across shimmering techno, trance and house, through gliding swathes of electronica and hip-hop (and two electro-soul songs, ‘I Never Knew’, featuring Aisling Browne; ‘Let The Music Play’, featuring Daniel Murphy), many psycho-geographic dots are joined. Five years after his extraordinary European trek, Mike has learned things not just about himself but also of the way life can flip you around.

‘Hitchhiker’ is released January 11, and is available on all the major digital platforms.