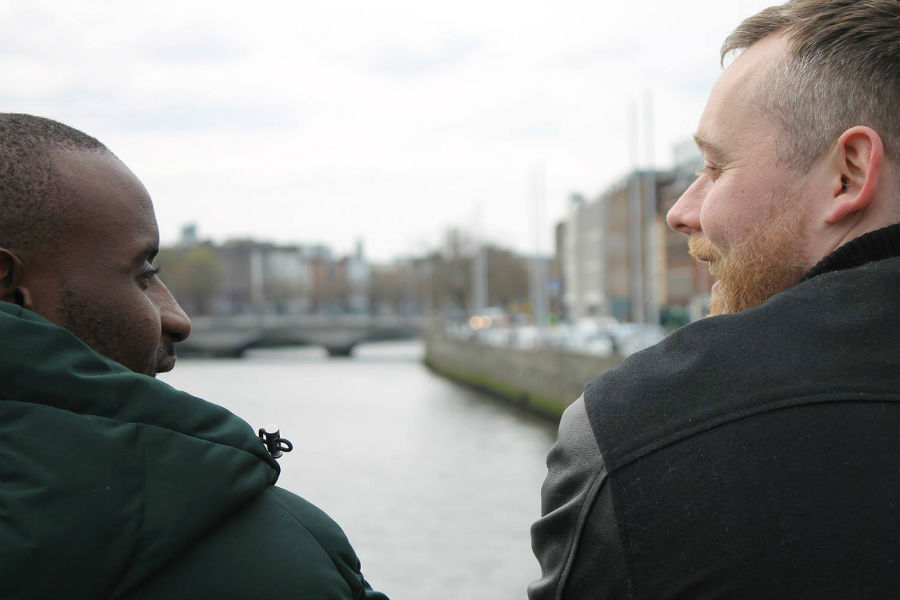 Despite having only released his debut EP ‘October Year’ in 2018, Dublin based Nealo has achieved an impressive amount. After being tipped asOne To Watch by several Irish blogs in early 2019, Nealo went on to support California rapper YG on the Olympia Stage, sell out two headline shows in Whelans and The Underground, and has recently announced main stage festival slots this Summer at Longitude, Sea Sessions and Knockanstockan.

Nealo’s latest single ‘Questions’ sees him collaborate with Rusangano Family’s God Knows and Dublin based instrumentalists INNRSPACE on a track which perfectly captures the feeling of being inside your own head. ‘Questions’ is a song about mental health and the intense nature of overthinking, addressing both the positives and negatives.

Speaking on the factors which inspired ‘Questions’, Nealo attributes a lot of the song’s themes to big life changes: “I’m having a little boy in July, so some of the feelings I talk about in the song are related to that. Will I be a good father? Is Dublin a good place to raise a child? Is there a higher power listening to me? It’s just my stream of consciousness from brain to paper, and then edited into poetry so I can rap it over a beat.”

It’s no secret that Ireland’s rap & hip hop scenes are thriving. A quick listen to Spotify’s The New Éire playlist will cement that fact, with acts such as Soulé and Kojaque boasting over a million streams each and growing. One of the most exciting products of this growth has been the increase in volume of collaborations between artists:

“God Knows reached out to me and said that he liked my music and that we should work together on a song at some point. I was in the studio one night and the line, “and I’ve been up and down every road, I’ve got questions only God knows” just fell out of me. So I sent the song to God Knows and he loved it. He got back to me with an amazing, intricate and reflective verse two days later. Now here we are with this deadly song and I’m mad hyped about it.”