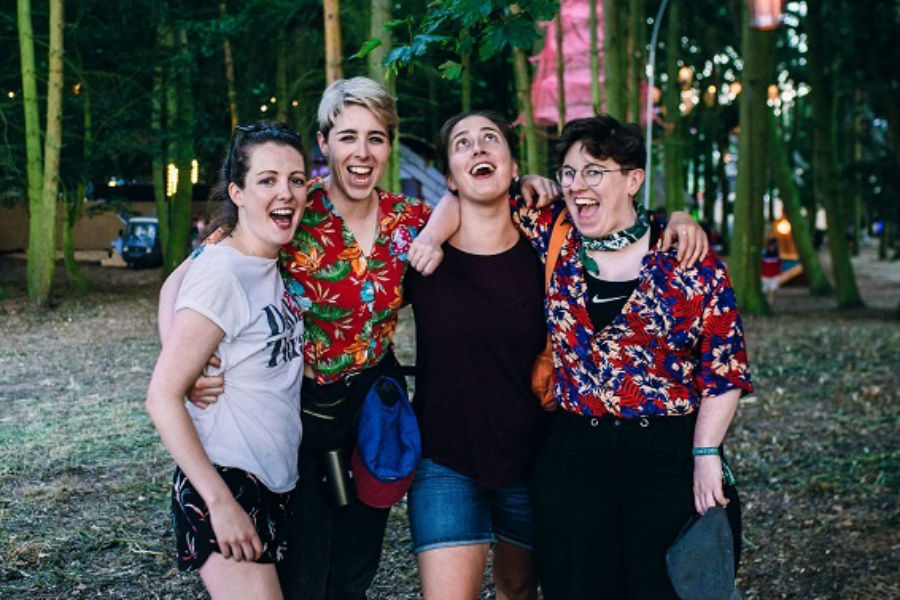 ‘Gay Girls’, the latest single from Dublin indie quartet Pillow Queens, has just been accompanied by a video by director Kate Dolan.

“The song is such a belter, when the band came and asked me to do a video for it I was delighted. The girls had an idea about four girls running away on their communion day. I thought it was a great fit for the song, so I wrote up a treatment around the idea. I wanted to capture the pure joy of being a kid, and those days you remember as being totally perfect.

Also, I feel in many ways the four communion gals are representative of the New Ireland. We were once totally dominated by an authoritarian Catholic leadership, and now those shackles are starting to fall away. For many years women and LGBT people were deeply oppressed. The song ‘Gay Girls’ is a joyous anthem for us, and like the kids in the video it’s about time we were all carefree and found joy in the simple things like bottles of Red Lemonade flavour Cadet”. Kate Dolan  Writer / Director

The single was recorded over two days in Attica Studios in Co. Donegal by Mercury Prize nominated and Choice Music prize winning producer Tommy McLaughlin (Villagers, Soak). Thematically the song touches on feelings of intoxicating lust coupled with relentless repression. These themes are realised through the lyrics and the music which convey an upbeat appreciation of both the negative and positive attributes of both. The theme of religion within ‘Gay Girls’ is also accented nicely by a rapturous choral outro!

This is the follow up to their debut EP ‘State of the State’ which came out in March.