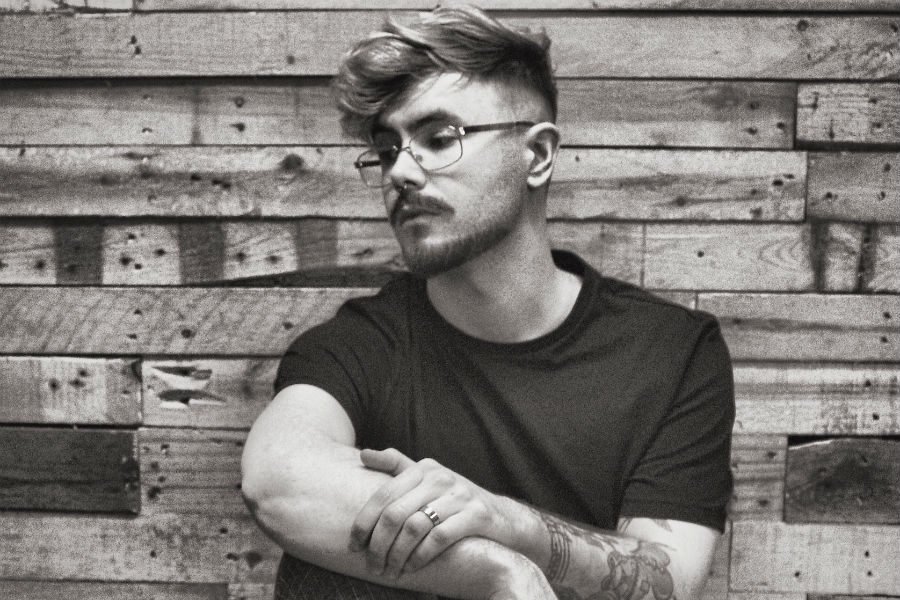 In the video to ‘Fake Fine’, Robert Grace sarcastically talks about the inner and outer disguises we put on for self-protection. Including real life facemasks, a minimum distance, and the will to once again be yourself. The video is directed by Nathan Barlow.

Robert says, “The idea behind this music video was to shed some more light on mental health. To show in a slightly light hearted way that there really is no quick fix for depression or anxiety. Happiness isn’t easy for everyone (especially at the moment!) and I don’t think enough people realize that!“

“The song is about acting like you’re fine when really you’re not,” Robert says, explaining the story behind ‘Fake Fine’. “When it’s all just pretending. The situation itself might not even be that bad, but, for some reason, something just isn’t right and you try to find out why that is.” It’s a topic with which the Irish songwriter, musician, and producer from Graignamanagh, Kilkenny perfectly captures the zeitgeist of this day and age. In true Irish storytelling fashion, Grace discusses the somewhat hazy feeling of being beside oneself. Of somehow finding yourself in the wrong movie, which ends up being about yourself, and hiding behind a mask in order to not have to reveal your true feelings. The irony of course being that masks play an especially important role these days – a fact that marvelously aligns with Robert’s clip to ‘Fake Fine’, in which he moves somewhere between sheer sarcasm, black humor, and the bittersweet hope for a better life. The track peaked at #1 at the Spotify viral charts in his home country Ireland, is currently at #3 on the Shazam charts, and on #25 in the Irish airplay charts. And also over in the US it’s only a matter of time until ‘Fake Fine’ will find its way into the hearts and ears of listeners!

Already his previous single ‘Be Your Friend’ made it into the New Music Friday playlist on Spotify UK, was on rotation on Irish radio, and became track of the week on 2FM’s Breakfast Show. While still in the process of being written, ‘Fake Fine’ already reached over 700,000 views on TikTok and within only seven weeks, over 160,000 followers subscribed to him. Robert Grace has developed into a highly sought-after songwriter who has written tracks with Dan McDougall (The Wanted, The Shires), Blair MacKichan (Paloma Faith/Sia/Lily Allen) and Josh Wilkinson (One Direction/5 Seconds of Summer). The track before that, ‘Moving Fast’, was track of the week on 2FM and his song ‘The Good Place’ made it into the influential Easy-Playlist on Spotify. The singer / songwriter from Kilkenny has also performed at Ireland’s biggest festivals, including Electric Picnic and Indiependence and has written songs with some of UK’s most reputable songwriters.