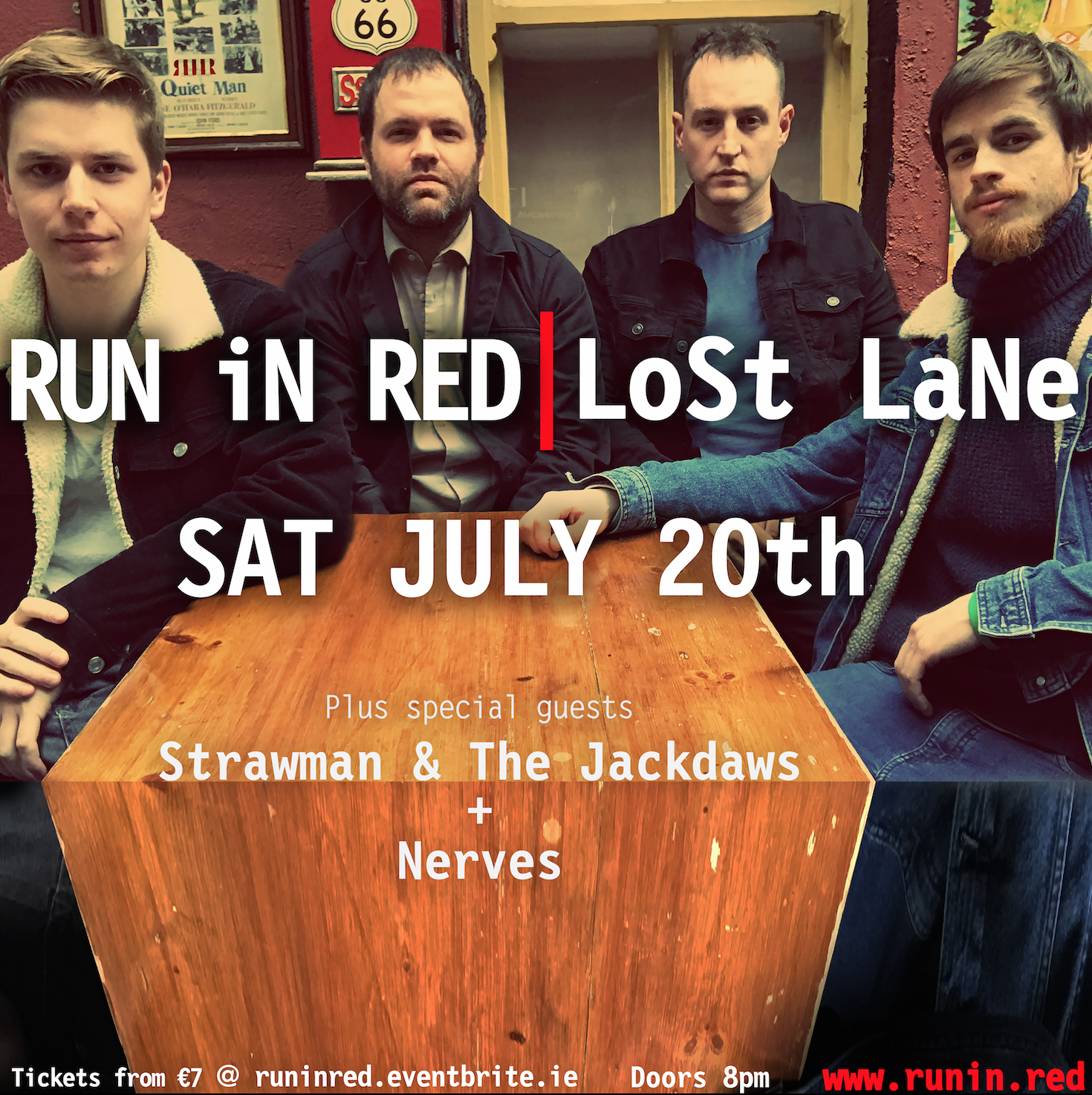 RUN iN RED have just released their soaring new single ‘Dirty Spirits Design’ in the lead up to their first headliner of 2019 at LoSt LaNe, Dublin on Saturday July 20th. The track is taken from their forthcoming LP, currently in production.

Recorded with students in Sound Training College, Temple Bar, and mastered by Fergal Davis (Muse, Sinead O’Connor), the video was shot and directed by Neil Tapman.w

Honing their live skills on the Dublin circuit RUN iN RED have been described as ‘urgency transcribed into music’ and deliver indie rock through a wall of harmonic layers and musical dynamics.  With airplay from Pandora Radio, 2FM, FM104 and BBC Radio Foyle, the band have also been featured as JOE.ie’s ’Song of The Day’ twice for two of their previous singles.

The quartet supported Pillow Queens at Dublin Quays Festival last year and after that played two special shows in Dublin and Derry; at The Workman’s Club and at Sandinos for the release of ‘A Song For You’ and second EP ‘Undercover, Overthrown’. So far this year the band have supported Makings in Whelans, taken the main stage at The Button Factory, Crowbar, Bello Bar and opened for Jamie Adam in McHughs in Belfast.

To coincide with their Lost Lane show, RUN iN RED are also playing more shows across Ireland, with dates in the US and UK kicking off at the start of June.

RUN iN RED are live at Lost Lane on Sat July 20th.

Support on the night comes from Strawman and The Jackdaws and Nerves.Tickets available from www.runinred.eventbrite.ie

“The song itself is an infectious melody which will remain in your head for a time after hearing it. It’s good solid indie-pop and has a chorus which will be sung lustily by their fans when they bring it to the live setting of a gig.” Eric Lalor, JOE.ie

“You can’t get more uplifting and hearty than this ditty as it strides in full throttle with sun drenched bliss and snappy catchiness.” Danu, www.indiebuddie.com

“…the chorus is something that you could definitely imagine yourself roaring back to the band in a big sing-a-long.” Darragh Berry, JOE.ie