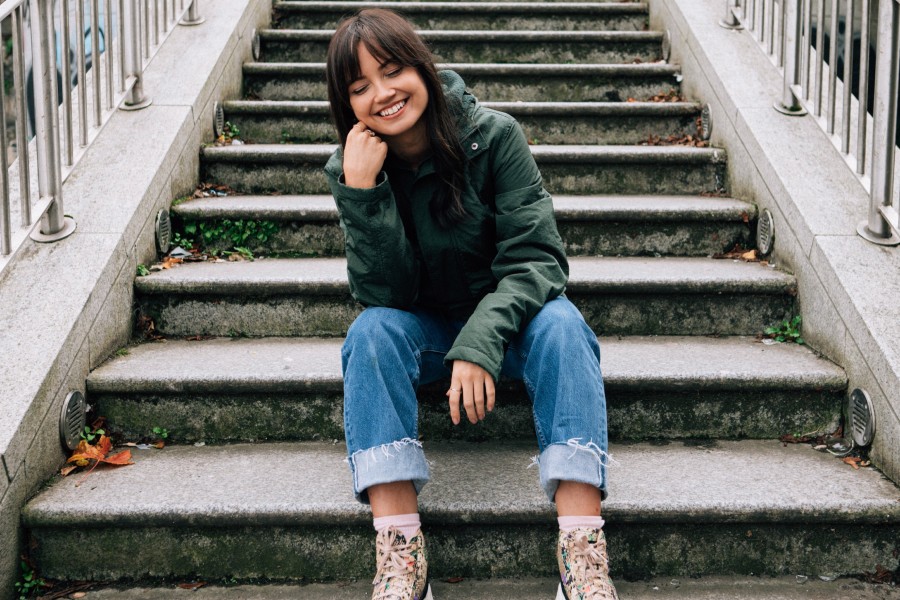 Wexford-born singer/songwriter SAIGE will be releasing her newest single, ‘Mama’ on October 30th. Saige’s unique brand of alternative-pop features a fine blend of dreamy sonance and mature lyrical ability. ‘Mama’ sees Saige swap out the anthemic energy of previous releases for her most poignant and introspective track to date.

‘Mama’ accurately depicts the feeling of isolation and uncertainty we’ve all been experiencing these past few months. Saige captures a complex palette of emotion in ‘Mama’ to create an atmosphere that feels both deeply personal, and also resonates with audiences everywhere.

Discussing the release, Saige says: “I wrote Mama about my mental health and my ups and downs in the last pandemic lockdown. The song notates a phone call I’d made to my folks, reaching out for help. It’s an introspective and raw track delving into a vulnerable and isolated mind.”

‘Mama’ is the fourth single released by Saige this year, closely following her track ‘Late Nights’ which featured as RTÉ 2fm Breakfast Show Pick of the Week upon its release. Earlier this year, Saige also released debut singles ‘Soothe Me’ and ‘Ultraviolence’. Despite having just four tracks under her belt, Saige has already established herself as a force to be reckoned with within the Irish music industry.

Saige’s baroque pop sound is reminiscent of an artistic maturity far beyond her years. Combining rich, textural harmonies and a dreamy palette of synthesisers, Saige succeeds in capturing a vibrant and nostalgic sound in her work creating something that feels both modern and classic.

Saige is Ireland’s newest singer/songwriter launching onto the Irish music scene. Hailing from Wexford, the singer/songwriter studied vocals in BIMM and cut her teeth gigging Dublin’s music circuit while developing her unique sound. She describes her music as, “the moodiness of the Alt-Pop I loved as a teen combined with my musical loves as an adult such as Hozier, Lykke Li, London Grammar and The XX.” Saige’s bandmates include friends she grew up with, both at home and during college. All tracks are written and produced by Saige.

‘Mama’ is available on all online platforms from October 30th