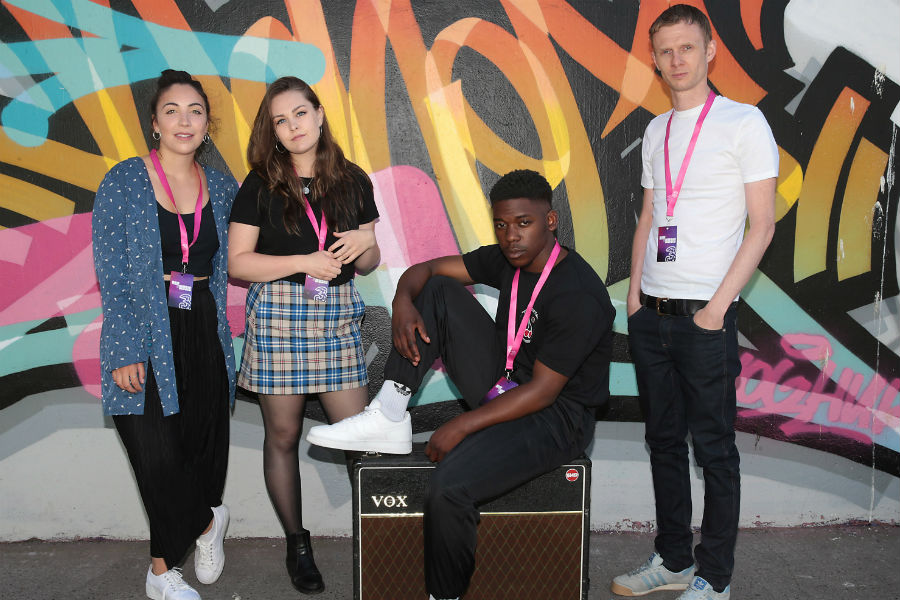 Saint Sister, Kormac & Jafaris have released a video for their collaboration of ‘Causing Trouble’. Recorded at Saint Sister’s recent headline show, the video captures the unique performance of the hit song in the stunning surroundings of one of Dublin’s most famous venues, the Olympia Theatre.

This summer all three artists collaborated with Three for its #MadebyMusic initiative with each creating a visually stunning music video for one of their songs. ‘Made by Music’ celebrates and recognises the power of music to unite people and create lasting connections, and with the release of this unique take on Saint Sister’s ‘Causing Trouble’ these artists have made the ultimate music connection.

An organic music connection evolved when the three artists came together to perform this truly unique version of the Saint Sister tract at the exclusive launch of the campaign. Each artist brought their distinct style to the popular song creating a really innovative sound.

The overwhelming positive response to this once-off musical collaboration has led to the artists preforming the track live on national radio and at leading Irish festival, Electric Picnic. Most recently, Saint Sister invited Kormac and Jafaris to join them on stage at their first headline show in the Olympia Theatre. A venue which has played host to many amazing performances, the surprise collaboration brought the audience to their feet, receiving a rapturous ovation from the crowd in attendance.

The first of its kind, ‘Made by Music’ is an innovative move from Three to team up with three emerging Irish artists, each with very different music styles, with the aim of helping them to spread their talent to new audiences, the success of which can be seen in the incredible performance of the videos on YouTube, collectively amassing over 6 million views.

Jafaris: If You Love Me (Directed by Shane Griffin)