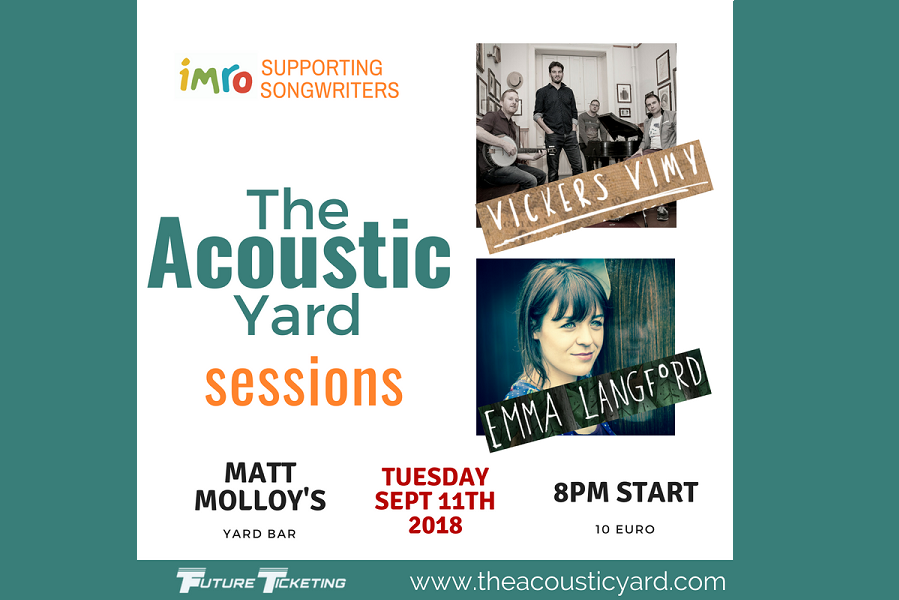 Hailing from Mayo, on the wild Atlantic coast of Ireland, Vickers Vimy craft songs that dwell on the borders of folk and Americana. Rich eclectic sounds anchor lyrical themes of scratched vinyl nights and hazy Sunday mornings. Their second album ‘Atlas of Hearts’ was released on 31st March 2018.

Emma Langford, a folk guitarist and singer-songwriter from Limerick in the West of Ireland, is imbued with the soul and style of Joni Mitchell, Eva Cassidy, and Joan Baez; her distinctive vocal style demonstrates a blend of Irish lilt with folk and jazz. Her debut album ‘Quiet Giant’ described by Today FM’s Ed Smith as “absolutely stunning” was released in October 2017. Emma was voted “Best Solo Female Artist” by Pure M Magazine in 2017 and was listed as a Hot Press Magazine one-to-watch in the summer of 2016.

Come and enjoy these two fabulous original artists for a night of great music.