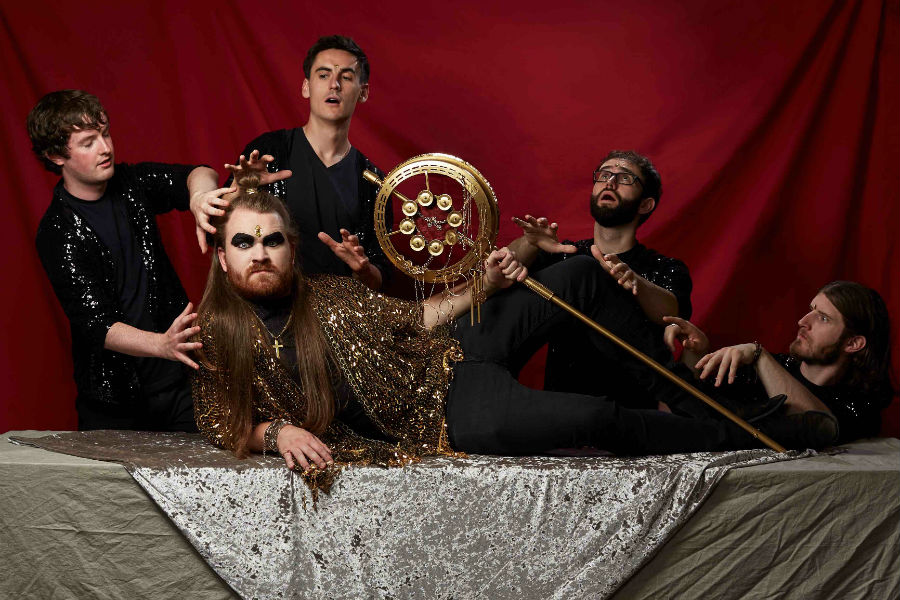 Taking up the call for change, shaman and charismatic frontman Levi Lovell along with his cohorts in The Big Lovin’ have announced their candidacy to run for “Best Band in the World”, with a pledge to “Make Pop Great Again”.

Debut single release ‘Adiadiadio’, released September 24, is bold, brazen and definitely not something to bring home to the parents. Full of an infectious sense of fun, the single heralds The Big Lovin’s arrival as musical saviours. Showcasing an irreverent playfulness that pays homage to the band’s notorious live show, the single is an invitation to the listener to crack a smile and let loose a laugh or two.

Spearheaded by his holiness Levi Lovell, The Big Lovin’ took flight in 2017 when he returned from a six-year journey of self-discovery in the Far East. Stealing songs from the locals he met on his travels, Levi amassed a deep repertoire of sure-fire hits, seeking to make a quick buck on the capitalist markets of the West. Aided by a crack team of musicians, he reorganised his followers into The Big Lovin’, and the band are now set out to conquer the known world by force.

Anchored by a massive groove courtesy of drummer Anto Noonan and bassist Colin Noone, the band’s explosive sound is made complete by multi-instrumental madmen Tony O’Donovan and Aengus Mac a Bhaird.