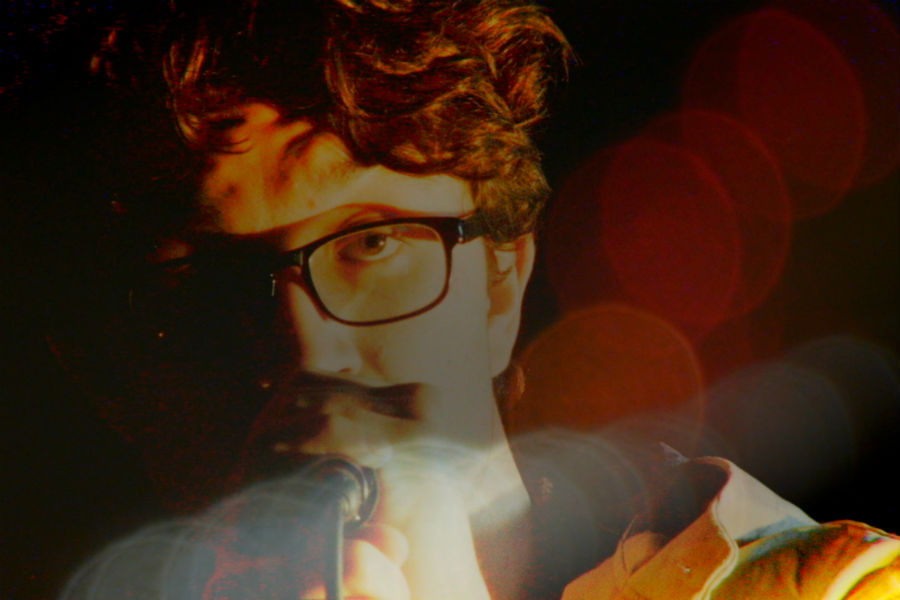 The Innocent Bystander announced as support to TV/AM at The Grand Social 10th November after the Sold Out Whelans shows in July and September.

From Drinking pints of Gin with Shane McGowan and midnight Jamming with Primal Scream to Christmas parties with Kylie Minougue, Mark Healy has always felt as in the middle of all this The Innocent Bystander madness, resulting in him creating the band to match the bizzare situations he found himself in !!

Hot on the heels of his debut single, ‘Waster’, selling out from Rough Trade shops and also making Rough Trades recommended singles of 2017 and receiving over 40,000 online views – in additional to airplay and support from RTÉ 2FM, The Irish Times, 98FM, 8Radio and Hot Press.

Third Single ‘The Complacency League’ getting serious across the UK from the BBC and various other stations, The Innocent Bystander returns with a spiky slice of irresistible guitar electropop entitled ‘Neon Lights’

The Innocent Bystander is a band from Dublin-based producer/songwriter Mark Healy. Mark began his career with The Josephs, signing to Deconstruction Records, London, in 1996.

Since then, Mark has collaborated with Jerry Fish and the Mudbug Club, Carol Keogh, and Elevens; performed with Madness, Wayne Kramer (MC5), and Clem Burke (Blondie); and composed the original score for celebrated author Irvine Welsh’s film project Nuts (2008).

The Innocent Bystander grew out of Mark’s ambition to “make guitar music that takes nothing from the Blues”. Debut single Waster features 24-year-old vocalist Daniel Hoff and combines influences from New Order, Everything But the Girl and Steve Reich along with with Mark’s affection for the unsung guitar heroes of Trashcan Sinatras, Prefab Sprout and The Blue Nile.

The result is an individual take on a classic indie sound. The scope of The Innocent Bystander is demonstrated by the single’s b-side ‘Schiller’, which explores ambient territory with its layered washes of treated guitar and piano.

The Innocent Bystander’s music, whatever the tempo, explores themes of isolation and distance – but the music is never morose, animated as it is by righteous anger at the cruelties of modern life, and a passion for the endless possibilities of using music to talk about them.

The Innocent Bystander are currently working on a debut album, ‘There’s Music Still Left in These Streets’, which will be released in 2019.