The Stasi Release Debut Album ‘Love In The Age Of Narcissism’ 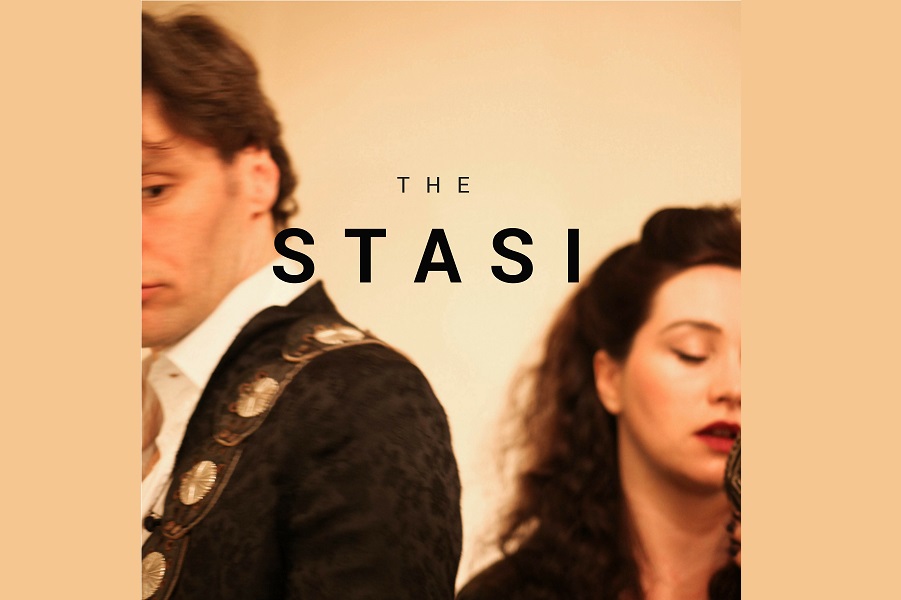 Their first album ‘Love In The Age Of Narcissism’ is out now available from www.thestasimusic.com / SPOTIFY / iTunes / GOOGLEMusic.

Founding members Caoimhe Connolly and James Walmsley spent the best part of a year honing material, playing private shows for friends and late night house guests before holing up in Ravensdale Studios to record in the last days of 2017.

The self-produced tracks are mastered by Led Zepplin, Rolling Stones and The Who producer Jon Astley (no relation to Rick).

On the bass is Jonny Jude and on drums Sean Connolly (he IS a relation -to Caoimhe, not Rick). The boys were torn kicking and screaming from their usual instruments – guitar and bass respectively – to lay down a hefty, straight-up rhythm section.

The Stasi will begin touring with this line-up this summer.

Log on to www.thestasimusic.com to keep abreast of developments.

James Walmsley (Guitars, Vocals) toured the world as frontman for cult comedy rock band Dead Cat Bounce. He made numerous TV appearances in Australia, Canada, UK and Ireland and starred in the multi-award winning feature film Discoverdale. (http://www.discoverdale.com/) His 2016 solo album ‘A Little Wisdom’ released under the moniker Black Wing Bird was picked as one of GoldenPlec’s hidden pleasures. (https://www.goldenplec.com/featured/hidden-pleasures-2/)

Creative audio collaborations include ‘The Voices in My Headphones’ sound installation with Midightscowl Orchestre, ‘Something, Something Vampire’ soundscape with Cabaret Yoko, ‘Lena’ live performance as part of SCORE by Breach + Quinn (DFF, 2016).