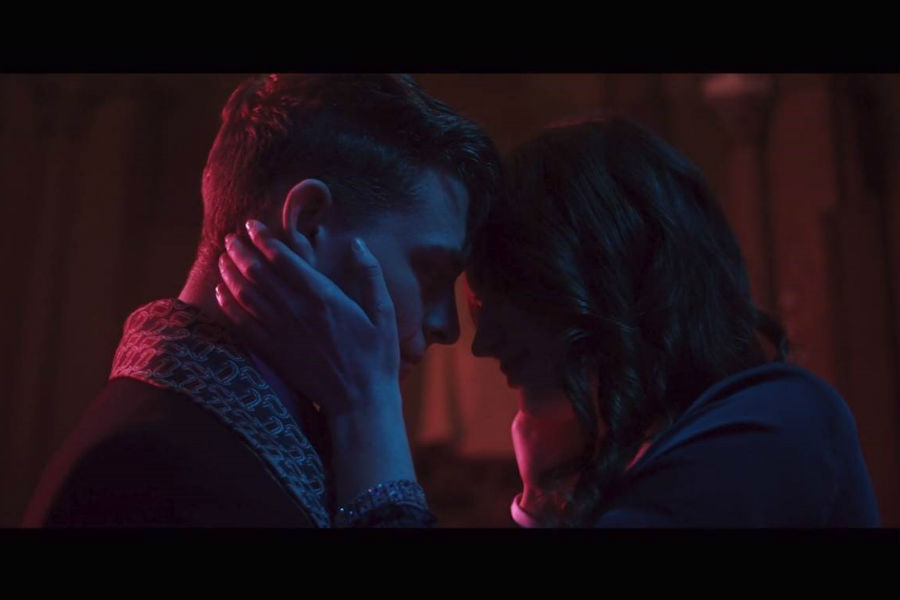 Walking On Cars today reveal the video for their new single, ‘Monster’, taken from their upcoming second album, ‘Colours’.

The four-piece group from Dingle, Co Kerry, whose debut album catapulted them to fame here and abroad, worked with their longterm creative collaborators, Bold Puppy, in the director’s chair for the video.

The ‘Monster’ video comes ahead of three intimate album preview shows next week in in Dublin, London and Cologne, which sold out within minutes of going on sale earlier this month, while the band has previously announced three massive outdoor/arena shows in Dublin, Cork and  Belfast to follow the new album’s release. Further international tour dates are expected to be announced soon. Dates so far run as follows:

‘Monster’ is the first single to be taken from Walking On Cars’ second album, ‘Colours’, which is due for release via Virgin EMI on 12th April. Recorded between the band’s own home studio in Dingle, London’s legendary RAK studios, and Angelic Studios near Banbury where The 1975 also made their latest, ‘Colours’ is a second album kaleidoscopically rich with sounds, emotions, synth-rock imagination and the brilliant song writing synonymous with the bands previous releases.

As HotPress put it, hymning the country’s newest big rock export in a cover feature, “With the massive European success of their double platinum-selling debut, ‘Everything This Way’, Kerry’s Walking On Cars pretty much owned 2016.” Indeed ‘Everything This Way’ went on to sell a hefty 325,000 copies worldwide. Over 18 months’ touring the band sold 60,000 gig tickets, reaching arena level at home and sold out tours across Europe, as well as playing the mains stages of some of the biggest festivals out there, including Isle of Wight, Rock Werchter, Rock Am Ring and Electric Picnic in 2017. Their total global video views stand at an impressive 50 million, their cumulative global streams an eye-watering, ear-trembling 200 million.

Following the success of ‘Everything This Way’, the band continued to tour extensively. Their efforts begat success, but success begat strains. A stressful couple of years took their toll on the writing process, but the band came out fighting, albeit a guitar player down and with new management, and in February of last year came a breakthrough: ‘Monster’, the first fruits of the band’s labour to be released as a taster track from ‘Colours’, is a cathartic howl of a song, strident with piano, punchy electronics and a sky-grabbing chorus.

In its mix of synthesiser, guitars and feedback, ‘Monster’ was to became a sonic pathfinder track for the album. “On the first album it was very organic: sit in a room, jam it out, tour it, come back, change the song,” remembers the band’s Sorcha Durham. With the new album, the band found themselves become more involved with the production side, experimenting with programming and synths while staying true to the world beating songs and classic sound of their debut.