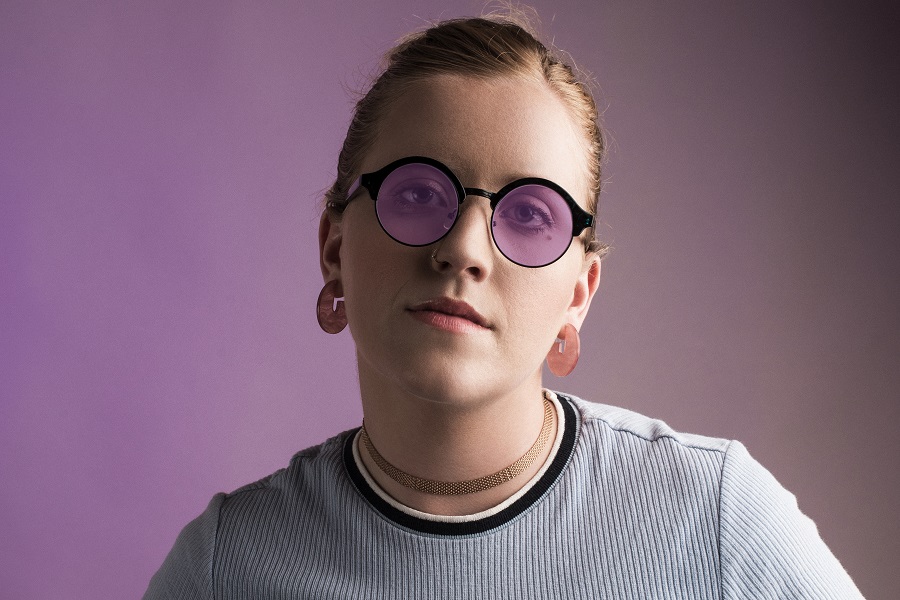 ZAPHO has just released her debut single ‘Do Like I Do’ on iTunes, Spotify, Google, Apple, Deezer, etc. through Distrokid, premiered by Nialler9. From Rathfarnham, Dublin, 25-year-old singer, songwriter, musician, producer and performer ZAPHO (aka Ele Breslin) writes the kind of smart, svelte electro-pop/soul songs that arrive only from an intuitive understanding of the form.

‘Do Like I Do’ was a long time in the making. Written and produced by ZAPHO, with varying inputs from various producers, Steve McCann, Andy Savours and Steve Osbourne, this single is truly the product of creative collaboration. Reefing Pop by its neck collar, ZAPHO’s debut single is set to turn our senses on their toes, reminding us of what we love about Pop as a genre, while unsettling our expectations of what it should be. Like ZAPHO herself, ‘Do Like I Do’, is a standalone piece, but in the same breath the song is a resounding shout-out to that feeling of doing whatever we want to do, whenever we want to do it while owning the confidence of knowing you’re great at what you do. ‘Do Like I D’o, was mixed by James Darkin of Dublin’s Herbert Lane Studio and mastered by Pete Maher.

Joining ZAPHO onstage in the Grand Social will be her not-so-small entourage: Chris Cahill (Guitar and Live-mixing), Laura O’Sullivan (Piano/ Violin/ Backing Vocal), Donal Pywell (Bass), Katie Ryan (Backing Vocal) , Niamh Casey (Drums) , Ryan Hardagan (Sax). A whopping 7-piece extravaganza, comprising luscious walls of harmonies, and a rhythm section your ears will thank you for.  ZAPHOs band is a showcase of the new and ever-evolving contemporary musicianship Ireland currently has to offer, all brought together in ZAPHO’s quest for genre defying Pop music.

Bang on target, the next six months will see ZAPHO’s music filter out via songs and accompanying videos, with an occasional remix delivered for good measure. And those songs? Skillfully produced and expertly performed, prepare for lush and lively tunes that reference ZAPHO’s “deepest, darkest thoughts and desires, and everything else in-between that I’m not brave enough to, or wouldn’t, do.”

Don’t miss this special show on Wed 21 November in The Grand Social, Dublin, support on the night comes from TADGH & DEADLYMAN. Doors 8pm and Tickets €10.