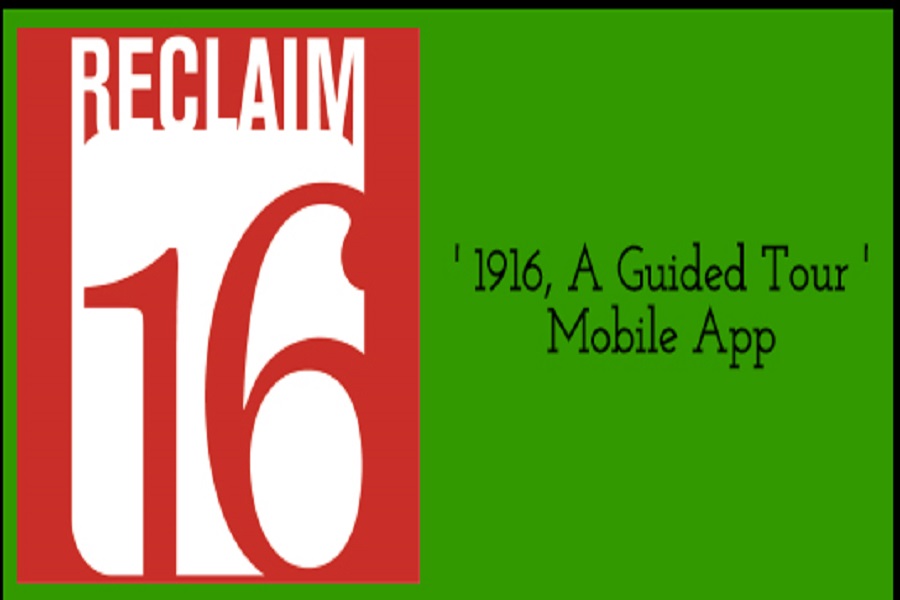 Reclaim the Vision of 1916 – A Citizen’s Initiative is proud to announce the completion of its ‘1916, A Guided Tour‘ app which is available for download from 4th December 2015 at €1 on both Google and Apple platforms. All profits go to the National Graves Association.

This App will take you on a narrated guided tour of 12 main Rebel Outposts in Dublin where the insurgents of Easter week, 1916 held out against the superior forces of the British Empire, starting in Liberty Hall and ending in The Garden of Remembrance in Parnell Square.

Scripted by the late Tomás Mac Anna, the tour is narrated by well-known veteran broadcaster, Donncha Ó Dúlaing. Enhanced by the music, songs and poetry of some of Ireland’s well-known composers and artists, the App contains a slideshow of over 100+ contemporary and vintage photographs to put each 1916 outpost in context.