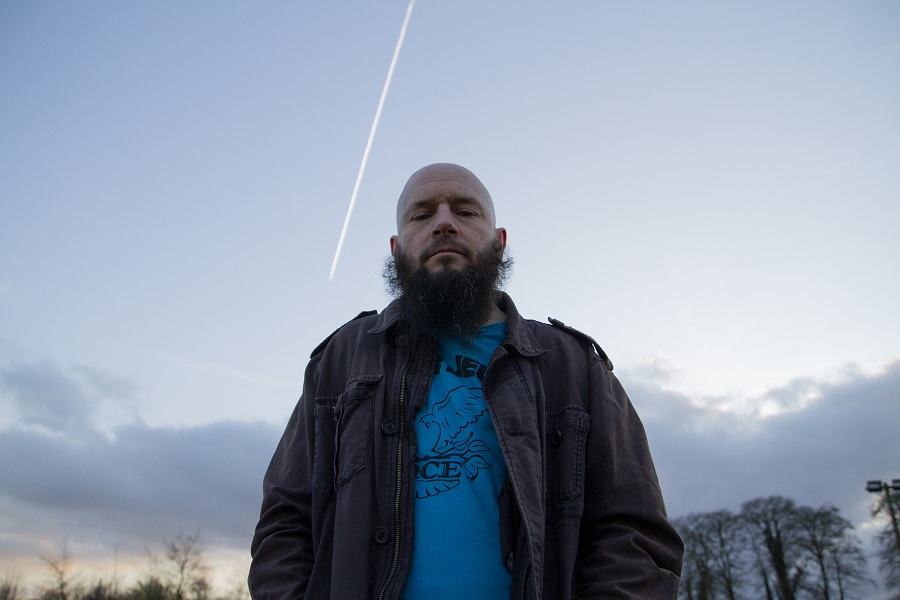 A Lazarus Soul release their fifth album ‘The D They Put Between the R & L’ on May 3rd 2019. The album was recorded between Nice (Band members Joe Chester and Julie Bienvenu’s new home) & Maynooth. ‘No Hope Road’ is the first fruit of those labours.

Brian Brannigan was nicknamed Lazarus by his mother. She was told he wouldn’t survive at birth & when he did, he was diagnosed with a form of Spina bifida. He pulled through major surgery early in life, only to be diagnosed with cancer in his teens. A mixture of good fortune & surgery saved him again. However this trauma had a huge effect on a young mind & songwriting became his coping mechanism, his way of figuring out the world. His songs became those of A Lazarus Soul and Brannigan has gone on to build a reputation as one of Ireland’s finest lyrical commentators.

The first 3 ALS albums, ‘ALSRecord’ (2001), ‘Graveyard of Burnt Out Cars’ (2007),’ Through a Window in the Sunshine Room’ had revolving cast of musicians from other Irish bands including 10 Speed Racer, Mexican Pets, Future Kings of Spain, Sunbear & Rollerskate Skinny. However they all heavily featured the music of & were produced/ arranged by one of Ireland’s finest producers/ musicians, Joe Chester.

After becoming a father, Brannigan all but quit playing live until he was asked (at 2 years olds birthday party) to play a tribute gig to his hero, Mark E Smith. He asked Joe, Julie Bienvenu (Lines Drawing Circles) & Anton Hegarty (Future Kings & ALS stalwart since ‘Graveyard’ days) to accompany him. With only an hour’s rehearsal, something very special happened in Stoneybatter that night, the line-up of ALS solidified.

Together they released ‘Last of the Analogue Age’ in late 2014. It was made album of the week by John Meagher (Newstalk), Alan Jacques (Limerick Live 95) & Dan Hegarty (2FM). It was included in many end of year top ten including the Irish Independent & Newstalk. It was album of the year for Tom Dunne (Newstalk), Alan Jacques (Limerick 95) & Paul Page (Between the Bars blog/ Whipping Boy).

The same year, ALS was invited to play live on RTE Radio 1’s Arena, Other Voices Music Trial & Newstalk’s Pet Sound’s end of year broadcast. They were also invited to play the Abbey Theatre, where they stunned a packed theatre with a rendition of the Midday Class.

They were included in Tom Dunne’s Sunday Times, 100 Irish albums to Love in 2017.