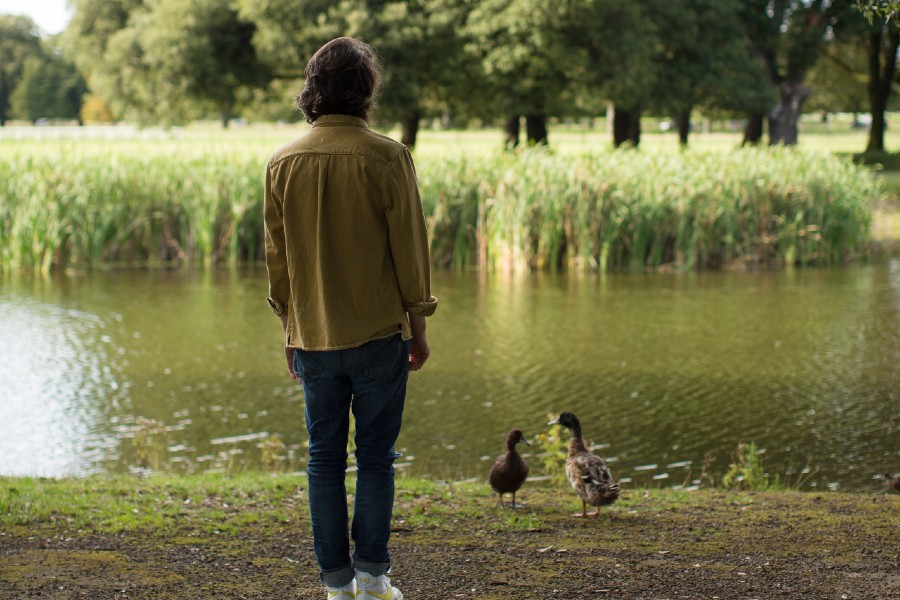 Following on from ‘Don’t Let Me Down’ at the start of October, the new single ‘River’ from A. Smyth will be released  digitally on 20th November via Lover Records.

As A. Smyth expands “’River’ is a song I wrote about that sense of loss you feel when you’re struggling to find your place in the world. Or even in your own life. It’s a kind of companion for those times, a song I’ve been leaning on a lot myself lately, and I hope others can find the same kind of comfort in it that I have”.

Also announced is news on the debut album, ‘Last Animals’, which will be released early next year on 19th February. The album was produced by Darragh Nolan (Asta Kalapa) and mastered by JJ Golden. “…we made ‘Last Animals’ in January of this year, moments before the world was to change forever. Throughout the record I reflect on the effect we as humans are having on our home, little did I know what was to come…. ‘Last Animals’ is made up of 10 songs, some big, some small, but all with something to say.”

The forthcoming album’s first taster ‘Hero’ (Oct 2019) racked up 338k streams with inclusion on Easy, Your Coffee Break and Breath of Fresh Eire Spotify playlists. It followed a series of equally well-received early singles released by A. Smyth over the last two years, including ‘Second Moon’, another add to Your Coffee Break playlist (alongside many other discovery playlists) with 642k Spotify streams to date, ‘Coming Back To You’ and ‘Fever’, both  of which featured in ‘Made In Chelsea.’  With the singles gaining early support by major Irish radio stations RTE Radio 1 and Today FM.

A. Smyth has sold out Whelans in his hometown Dublin, and performed at Ireland Music Week and Other Voices festivals  – with an appearance also on Other Voices TV show which aired this Spring. As well as performing UK/international showcases at Primavera Pro, Eastbound Festival and All Together Now (among others).