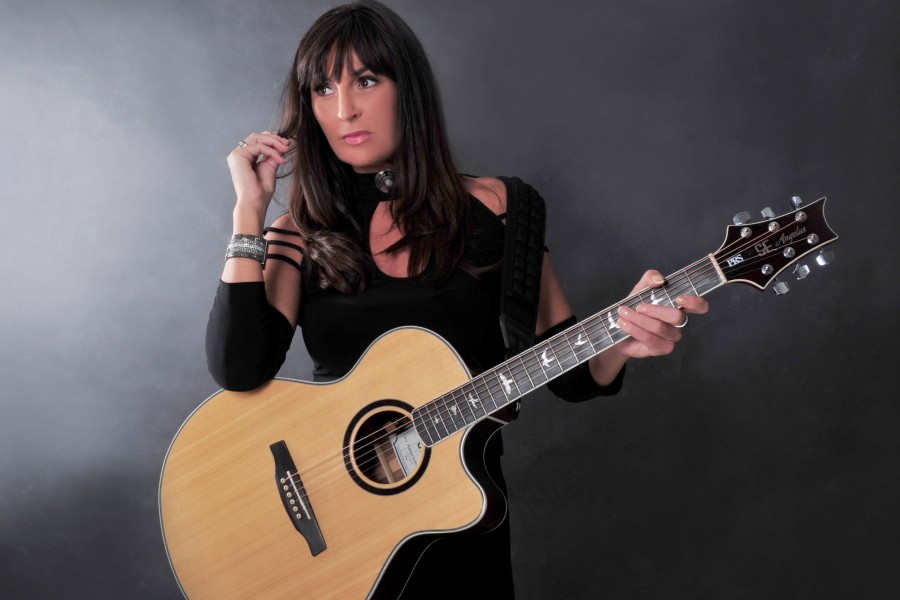 Singer songwriter, Jacqui Sharkey, today releases her new four-track EP, ‘Home’, destined to cement her growing reputation as a talent for the present and the future.

From the reflective and soulful title track through to an immense cover of Willie Nelson’s ‘Back To Earth’ it is an EP that showcases Jacqui’s ability.

With her own composition ‘Until Then’ and a cover of ‘Just An Illusion’ the tracks have all been carefully arranged to reflect the best of each song.

The reflective and soulful version of ‘Home’ echoes Jacqui’s memories and emotions and is her first release since her 2017 version of ‘The Whole Of The Moon’, made famous by The Waterboys, made a significant impact.
Jacqui sums up why the lyrics of ‘Home’ resonated so much with her.  “The concept of the song is something that hit me right away, as there is no doubt that I have always been a home bird, despite my extensive travelling over the years.

No matter how much fun I have travelling or performing, it always lifts my heart to be home” she said.

The EP features 4 of Jacqui’s recently recorded tracks which mark a curve in direction for the Singer/ Songwriter, including the soulful ‘Home’, the title track which was released last May, ‘Just An Illusion’, a powerful take on a former hit of 1980s Dutch band BZN, released on 1st July, and ‘Back To Earth’, a beautiful lament for the broken hearted, written by the legendary Willie Nelson.

“I just love Willie Nelson and I have wanted to record one of his songs for ages. ‘Back To Earth’ is one of my favourites and hasn’t been heard enough, in my opinion. It is beautiful, reflective and pure. The man is a genius.”

‘Until Then’, one of Jacqui’s original songs, is the fourth track on the EP, its release now highly anticipated, following a recent live video performance of the song by Jacqui and her friend, Ray McLoughlin from Co. Westmeath which has already clocked up a significant number of views on Social Media. Jacqui wrote the song last year following the tragic death of her friend Dawn Croke in a tragic road accident.

“I hope this song helps to heal the hearts of people who have lost a loved one and perhaps give them comfort and faith. I really believe that those we have lost are still with us, and we will meet again someday.”

The Donegal based Singer/ Songwriter, known for her soulful, deep tones, has three albums under her belt, and since ‘Whole Of The Moon’, she has been taking time to reflect on her journey so far, as well as writing and recording tracks for a forthcoming album.

“I really needed to take some time out and just breathe,” she explained. “Between one thing and another, life was overwhelmingly hectic, and not easy in a lot of ways.

I can’t go for long without writing, recording and performing. Music is truly my sanity and my peace, and I can’t imagine life without it. Music creates feelings and feelings create music. I am blessed to be able to do it.”

The EP ‘Home’ is out now and can be downloaded via her social media platforms and streaming services.