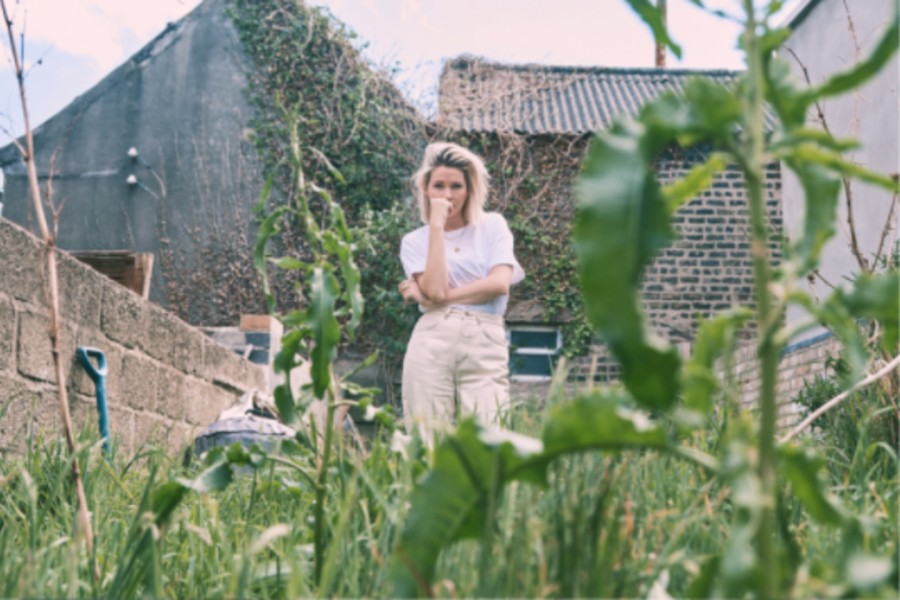 On Wednesday 24th June 2020, one of Ireland’s most hotly-tipped emerging artists, Ailbhe Reddy, will release her first single in almost two years.

Written on the precipice of a break-up, ‘Time Difference’ captures a moment of realisation as two lovers find their lives veering in opposite directions.

Personal and poignant, the track was written in the middle of a run of dates with Will Varley in 2018, as Ailbhe began to embrace the out-of-hours lifestyle demanded of a touring musician. Alone in her hotel room after a show in Glasgow, the disparity between the city’s bustling nightlife and her own isolation seemed to echo the vacillating feelings of loneliness and excitement she felt at that time in her life. Pausing in a moment of reflection and realisation, ‘Time Difference’ fell into place there and then.

“The lyrics are dealing with how it feels to make something work long distance while living on a very different schedule to my girlfriend back home.” says Ailbhe. “But it also reaches back to other times in other relationships where I couldn’t make things work because of the same issues, there was always something in the way, be it physical distance or timing.”

Written with Ailbhe’s typical eloquence and poise, it’s at once life-affirming and heartbreaking. Backed with blissful indie-pop arrangements reminiscent of Sufjan Stevens or SOAK, it’s a single that will sew itself into your consciousness.

Also released today, the sweet ‘Time Difference’ video sees Ailbhe team-up with her old friend and videographer, Ciaran O’Brien. Looking at the track’s themes through a lighthearted lens, the video was filmed in Dublin over two days and stars Ailbhe as she navigates her way through a series of jobs with anti-social hours, seemingly trapped out-of-sync with the rest of the world.

As Ailbhe says: “I wanted to represent that feeling of being on a different schedule to everyone else by showing what it would be like if I worked an office job. I spent a lot of my early twenties working in offices while playing late night gigs in Dublin so it was just having a bit of fun with that idea.”

Produced by Erland Cooper and Tommy McLaughlin (producer and touring member of SOAK), the single is just one of many deeply intimate and absorbing tracks planned to feature on her upcoming debut album – set for release via Ailbhe’s own label, Friends of the Family. Three years in the making, her forthcoming album will find Ailbhe ruminating on the rites of passage in life as a young, emerging, queer artist from Dublin.