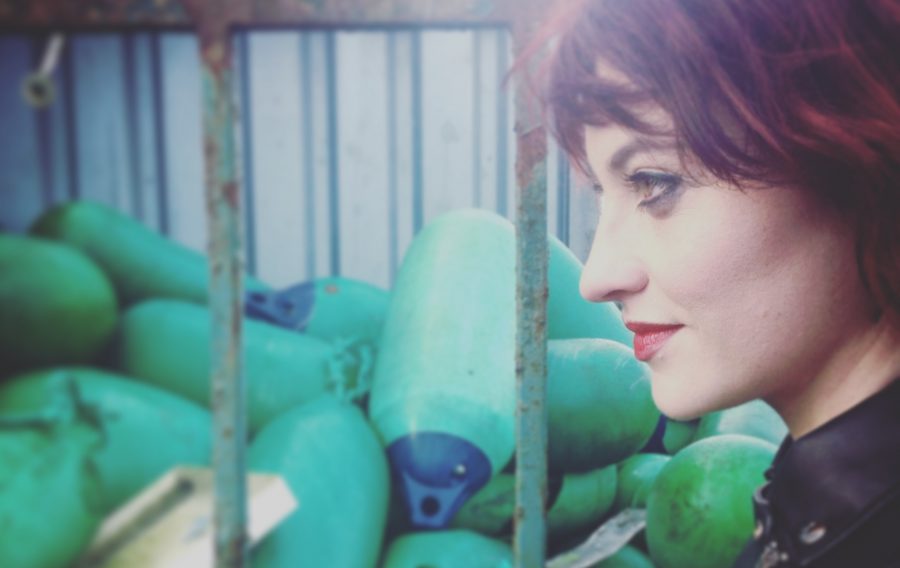 Following her UK Songwriting Contest win with her love song “How Much Do You Love Me?” (Love Song Category, 2014), Ailie Blunnie announces the release of the title track from her forthcoming album, “West To The Evening Sun”.

Officially released on Friday, February 10th, ‘West To The Evening Sun’ is a modern folk ballad telling the story of someone longing to get away from their life as it is, to a place where they feel safe to dream of better things (“I’m going west to my freedom and west to the evening sun”).

The sounds used in the song draw from the outside world (wind chimes) and the body (body percussion, breathing, whispers), as well as traditional instruments like bodhrán, guitar and piano. The intended result is a watercolour of sound and texture, permeated by a sense of hope and resilience.

From Leitrim, Ailie Blunnie grew up on the banks of the Shannon: a playground of lakes and woodlands, and a stone’s throw from the rugged coastlines of North Leitrim and Sligo.
She studied music at NUI Maynooth (BA Music/French; M.Litt Music) and psychology at DBS (H.Dip Psych) and now lives in Dublin where she writes songs, continues to study psychology, and takes a keen interest in all things science and astronomy.

“A taster from the Leitrim singer-songwriter’s forthcoming debut album shows a craftswoman who knows the right measure of guile and atmospherics which a soundscape of this majesty requires.” (Jim Carroll, Irish Times)