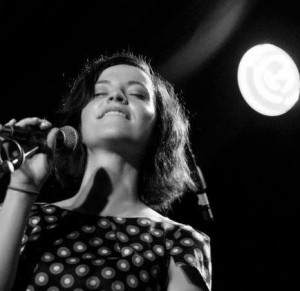 ‘How Much Do You Love Me?’ by Irish singer songwriter Ailie Blunnie has been selected as the winning love song in this years UK Songwriting Contest. This wistful song was a finalist in the contest last year and Ailie’s decision to enter it again this year paid off when it was selected as the winner in the Love Songs category by the judges.

The UK Songwriting Contest is one of the longest-running and popular international songwriting competitions. It was set up in 2002 with the aim of “discovering and encouraging new songwriting talent and the craft of songwriting” (UKSC website). It operates in association with prestigious bodies such as The BRIT Trust (of BRIT Awards fame), The BRIT Studio, The BRIT School, Music Aid UK and top British producers and industry professionals, and is supported by BBC Radio. The judges are Grammy, Emmy, BRIT and CMA Award winning, gold and platinum album producers and artists.

As a result of winning, Ailie’s song will feature on the prestigious “Best of UKSC” music industry promo album. Past winners have gone on to sign publishing and recording deals; written for major artists and TV shows; been interviewed by the media; received royalty-earning international airplay, and had their songs featured to millions on national TV.