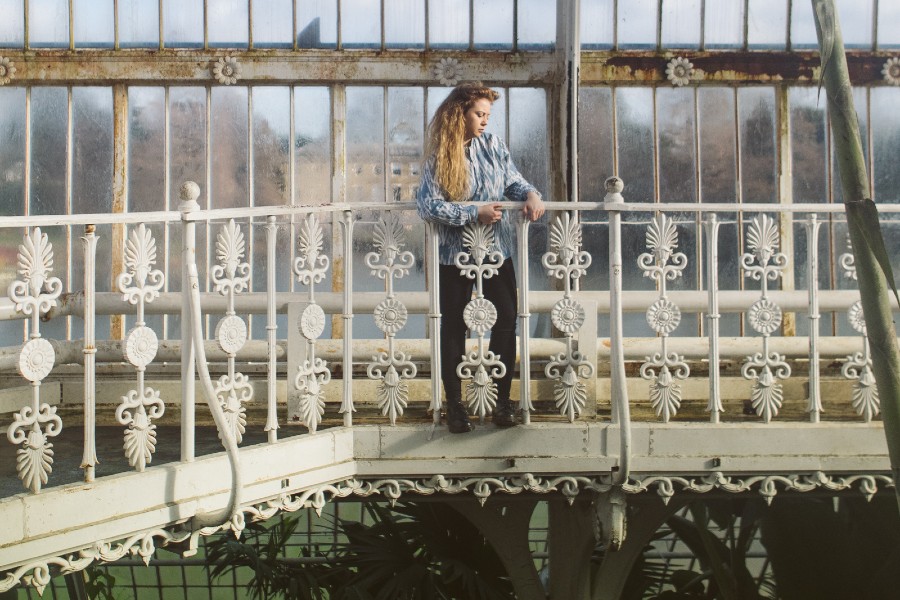 Aislinn Logan’s mix of genre blurring bops and brooding, introspective electronica is starting to set a scene. The single ‘Joyride’ brought dance-pop edge to a necessary message on women’s rights, whilst ‘Everything In Between’ offered a fragile take on longing set to sweeping soundscapes.

Often described as a “firecracker” by friends, the London based Belfast gal’s writing often tackles societal issues such as addiction and sexism, balancing candour with shimmering synth pop grooves. “Don’t expect the beat to say nothing,” Logan states.

Her new single, ‘What Everybody’s After’, is an ode to happiness. As a queer person, Aislinn explains that “writing a song this forthright about being in love is rebellious in itself. I didn’t want to shy away from the sincerity of my feelings.” The trip-hop happy beat and hypnotic synth swells reflect the feel good-drug in question as Aislinn explains “I wrote it to be a sonic IV-hit of serotonin.”

Her upcoming EP ‘Look, I’m Flyin’ confronts loss, self-doubt, and finding solace in the pursuit with a good helping of dream pop, and a side of straight-talking grit.

‘What Everybody’s After’ is the new single from Aislinn Logan’s first EP, ‘Look, I’m Flyin’.

Self-produced, and recorded using her home set-up, the track lays bare Logan’s studio chops for the first time. Featuring woozy synths, 90s era trip-hop breaks, and lush guitar riffs, we’re seeing her emulate the evocative production she admires on shimmering pop records. Then there’s her vocal which glides deliciously through it all.

A breezy love-bop, ‘What Everybody’s After’ sounds like riding your bicycle down your favourite street on a warm day.

As Aislinn explains, “’What Everybody’s After’ is about feeling so light that you’re nostalgic for the present moment. I wanted to make something unapologetically sincere about feeling prismatic happiness, and just bathing in it when you get there.”

‘What Everybody’s After’ was mixed by Kristofer Harris (Ghostpoet, Belle and Sebastian, Emmy The Great) with bass performance from Conor King (Milk, JYellowL).