Alex Gough Shares ‘Step To Me’ 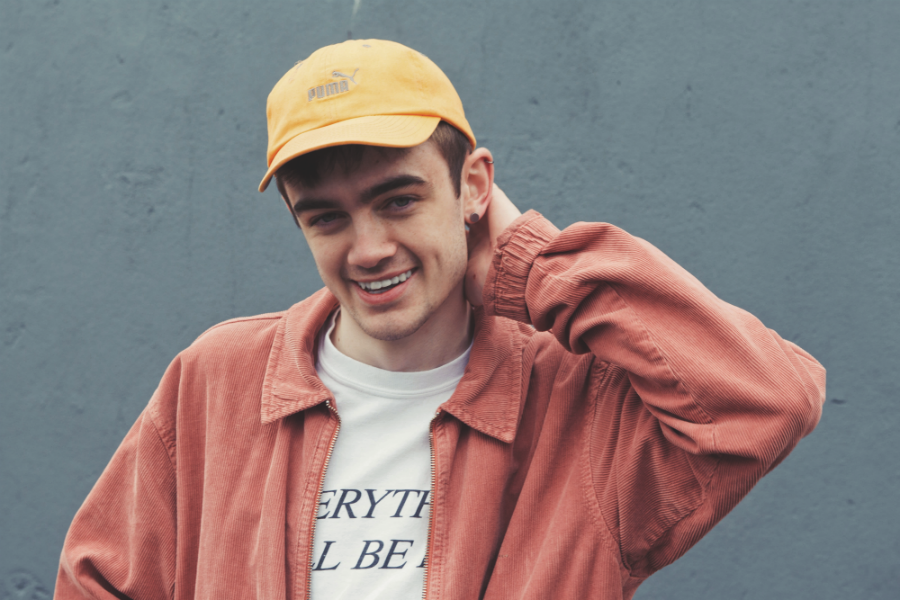 Alex Gough is a 20 year old Drummer/Producer/Rapper and member of the influential ‘Anomaly’ collective. Hailing from Waterford, Ireland Gough is one of the most promising artists of the new rising Irish music scene. Drumming since the age of 6, he quickly became a well-respected master of his craft and soon turned his hand to producing while also attending Cork school of music. 2018 saw his first proper outing as a solo artist with the experimental ‘The Infomercial Tape’ EP and hugely popular ‘Afraidofmoney.’

His music is currently turning heads nationwide. While ‘Afraidofmoney’ launched Gough’s solo career as a Hip-Hop artist, before that he was seasoned as a drummer and producer, crossing effortlessly between scenes. Current single ‘Breakfast’, released in February of this year, is no doubt the standout track to date racking up over 250,000 streams and entering the Spotify Irish viral chart at number 41. Garnering immediate support in high profile playlists such as Spotify’s influential New Music Friday, Free Form and Alternative Hip-Hop along with additions to YouTube Music’s ‘UK Hip-Hop’ and Deezer’s ‘Trending Ireland’. Early praise from numerous online blogs, being added to the B List (and charting) at Amazing Radio alongside various other highlights are helping to bring in new fans from as far as the US.

2019 has seen him take the project to the live circuit with a brand new 4-piece band, with Gough front and centre on drumming and vocal duties. This 4-piece Hip Hop/Jazz experience is sure to take the festival circuit by storm with the unique live sounds of Alex Gough’s production.

“Growing up, music was never seen as necessarily the ‘cool’ thing to pursue. Most people around me were way more into sports etc. and not much else outside of that. Music culture, playing and making music were my main focus from a very young age and in the early days, it was often overlooked that this was something I wanted to do seriously for the rest of my life.

‘Step To Me’ is kind of a reflection on those moments. No matter what you do, not just with music but with most things, people will find something to pick at or give out about and always will. This song is my way of saying to myself and to others that, some people are always gonna have something to say so why bother listening to what that might be.”

The track is written and produced by Alex himself and mixed in Dublin with accomplished producer Sam Killeen, of SENU. With the official video going live alongside the release, filmed in Cork with acclaimed London/LA director Debbie Scanlan (WOLF JAMES) and DoP Charlie Fleetwood (Vikings, The Young Offenders) Step to Me is a progression in sound and vision that you would only expect from the current trajectory Alex finds himself on.

‘Step To Me’ is out now on all Digital platforms through AWAL.