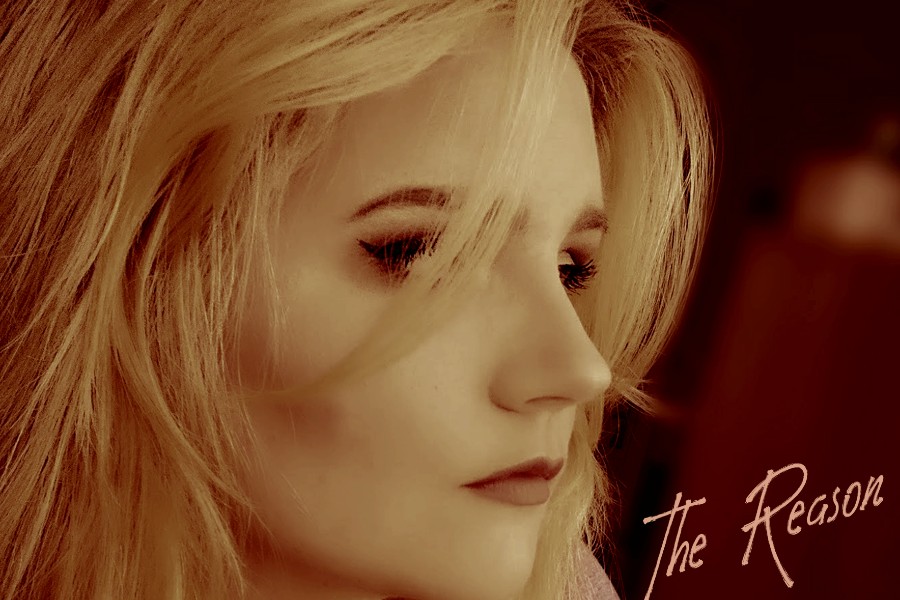 Alice Lynskey returns with her latest single ‘The Reason’, a sincere ode to finding the courage to face life head-on and take control of our own destiny.

Alice’s New single ‘The Reason’ is about having strength of character to face life with an honesty that gives us the ability to step forward, to take the reins and take control of our lives.

“’The Reason’ is a song about looking life in the eye. We hope and dream that, depending on where we are in life, things will change or stay the same. That we will be lucky and happy. We convince ourselves that things will change. However sometimes we need to take a breath, stand up and look life straight in the eye. It’s the only way to see the reason why we are where we are and then have the ability to change it.”

Having spent the first lockdown working on new material, Alice headed to Jam Studios in Co. Meath in August to renew acquaintances with renowned producer Martin Quinn, a partnership that has so far yielded 4 singles. As Alice describes,

“With planned gigs and festival appearances cancelled due to COVID-19, I decided it would be a good time to focus on finishing some song ideas that I had been playing around with, and I knew Martin would be the perfect fit for them as producer. He had to completely adapt his whole studio in order to provide a safe environment to continue recording during the COVID-19 crisis. With a completely separate area for clients, communicating on camera via mic and monitors was certainly something different, but the whole experience was brilliant!

With a productive few months of song writing and recording behind her, Alice plans further releases in early 2021 with a view to a debut EP later in the year.

Alice Lynskey is a brilliant, fresh sounding singer songwriter from Dublin and living in Wexford. Her music can be described as pop sometimes with little hints of country and rock. A strong melody is always central to each and every song!  She has previously written a top ten track for The Stunning which made it to the final of RTE’s “The Hit” and has released 5 wonderfully received singles to date.

Alice has sung all of her life, but it was on hearing Declan O’Rourkes ‘Since Kyabram’ that she decided to learn guitar and began writing.

Early in 2018 she released her debut single ‘Devil In Me’ gaining a lot of airplay including being RTÉ playlisted, named KCLR Song of the Week and receiving great reviews from Hot Press and Remys blog/playlist and to name a few.

This was followed by ‘Lovesick Rollercoaster’ which again was greeted with great reviews including the RTÉ/KCLR playlist and being named Hot Press Track of the Day.

Later in 2018 Alice released ‘Obscene Dreams’, again receiving brilliant reviews, and was included on The Acoustic Yard CD. It was made Song of the Week on KCLR and had its own advert on Beat 102-103!  In May of 2019 Alice released her rock anthem ‘Souls’ which again was Song of the Day in Hot Press and Pure M Zine.

In 2020 Alice released ‘Love To Heal’ a poignant tale of forging your own path no matter how isolating it may seem. Receiving great reviews from HotPress and national airplay it was song of the day, song of the week in KCLR and many more.

In 2018 Alice performed at the “Wexford Spiegel Tent Festival”, “Dublin Goes Country Festival” and “The Little Festival at the Big House”. Alice is classically trained and has sung on many stages including The 3Arena, The Olympia, RTÉ TV, The Helix, Whelan’s and Enniscorthy Castle.

Alice has played support to many great acts including The Stunning, The 4 of Us, Declan O’Rourke, Paddy Casey, Little Hours, ELLYD and The Don Baker and Rob Strong band and alongside Wyvern Lingo and Hermitage Green at the Folly Festival.