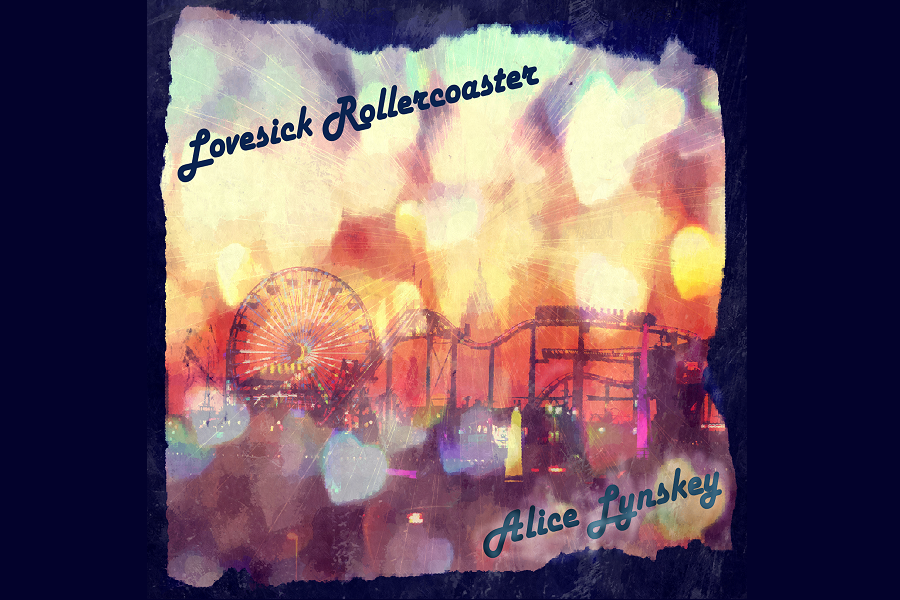 Roll Up. Roll Up!! Following on from the success of her debut single ‘Devil in Me’, Alice Lynskey’s latest offering takes us to the funfair – on the ‘Lovesick Rollercoaster’ to be exact! From the highs to the lows and back again, ‘Lovesick Rollercoaster’ is a song that will take you on a musical journey, ultimately leaving you breathless and wanting more.

She has also appeared on and been played on many radio programs including RTÉ Radio1 (playlisted) RTÉ 2FM, KCLR, East Coast Radio, South East Radio, BBC Radio Ulster, WLR FM, Highland Radio, Dundalk FM, ICMR, Dublin City FM, 8Radio, Midlands 103, URadio, RosFM and Together FM to name a few. She has also been played on several UK stations and on radio in both New York and Portland.

‘Devil In Me’ was added to Remy’s Playlist and music blog, was featured in Hot Press and received brilliant reviews through the Melosity Musician blog and regional press to name but a few.

Alice took part in RTÉ’s “The Hit” entering her song ‘Run and Hide’. It made the final having been chosen by The Stunning who recorded it and made it a top 10 hit.

To date Alice has played support to many great acts including The 4 of Us,The Don Baker and Rob Strong Band and The Carole Nelson Trio, with many more gigs planned for the year ahead.

Alice Lynskey’s songs range from country to pop  and a fresh combination of the two, which is reflected in her influences. Having grown up in a house filled with many music styles, the varying sounds and vibes of Britney Spears, Aimee Mann, ABBA, Mary Black, Elvis, Queen, Carrie Underwood, Johnny Cash, Pink, The Beatles, Gilbert O’Sullivan, Albert Hammond, No Doubt and Florence and The Machine, to name but a few, are all mixed in with a definite Nashville influence.

Alice is originally from Tallaght in Dublin and is now living in Enniscorthy, Co Wexford. Singing from a very young age her first taste of show biz was at age 6 having joined the Helen Jordan dance school. She appeared in the Olympia Theatre showcase, dancing and wishing she could sing too.

Due to her nanny and grandad’s love of poetry and rhyme she began writing limericks in primary school, and then moved on to songs. She soon began entering school and local talent competitions and has since sung in the 3Arena, The Helix, Enniscorthy Castle, The Wexford Arts Centre and The Mermaid Centre Bray as well as on RTÉ TV.

Alice studied Pharmaceutical Science at DIT Cathal Brugha Street, and now works as an analyst in the pharma industry in Wicklow. She took classical voice training with the Deirdre Masterson School in Wexford.

Alice is a frequent performer at the Ri Sessions in The Olde Ship pub in Arklow. She also plays in Jack Nealons as part of the Tuesday Melt Sessions and at The Wexford Arts Centre as part of PwC Spotlight programme for emerging music artists.