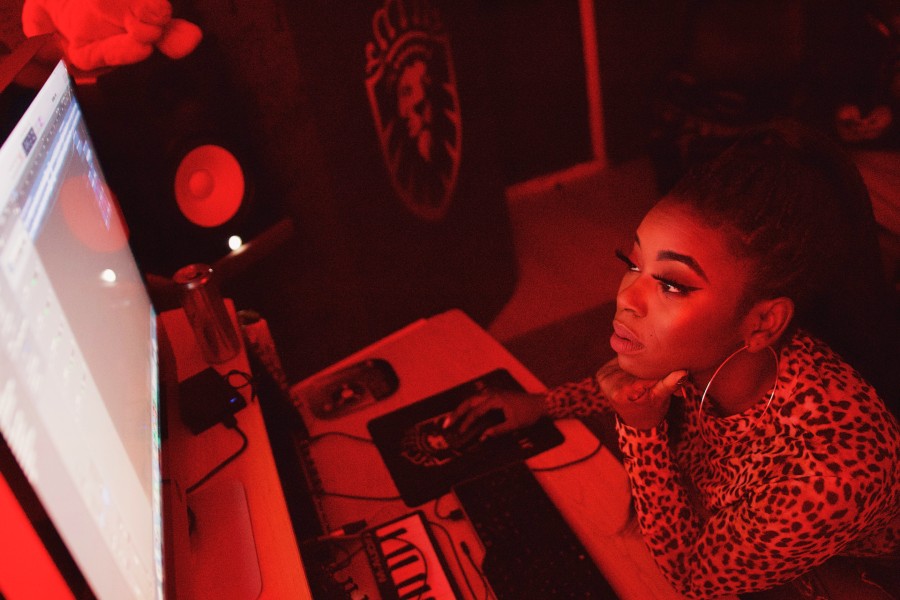 Following a series of releases this year Alica Raye has become one of the most impactful female artists in Ireland within a space of a few months she has made the cover of Spotify editorial playlist “The New Éire” alongside appearing on New Music Friday UK, Afro Bashment, Who We Be and Rap IE. With the help of Irish label Trust It Entertainment Alica Ray has since consistently released highly anticipated singles and collaborations that have positioned her as the future of the Urban sound in Ireland.

Alicia Raye’s debut project ‘Alphabet’ executively produced by Prod. Solo also known as Solomon Adesiyan, owner and founder of Youtube’s music platform DearfachTV and Irish label ‘Trust It Entertainment’. Excluding the pair, there are 40 Irish artists on the entire project names like Erica Cody, Evans Junior, Tolu Makay, Celaviedmai, Boyw1dr, Jordan Adentunji are just some of the names on the project. ‘ALPHA-bet’ features artists from all over the country including Northern Ireland. The message behind the tape is unity, coming together and doing something great. Like a string of letters coming together to create a word, a word with meaning.

‘Alphabet’ is a meaningful project filled with various musical sounds and expressions brought by each of the artists on the mixtape. The curation of this project re-emphasised the desperate need for collaboration and homegrown support in Ireland, particularly in the creative side of things such as the music industry.  Alicia Raye and Prod.Solo “The aim of the collaboration is to showcase the diversity within the Irish Music Scene. Not one artist sounds the same. All 40 of us bring our own uniqueness and sauce to the project. A lot of hard work and dedication was put into this project, especially because it was curated throughout a pandemic. Making it that much special. ‘Alphabet’ can be called a cry of recognition. It’s time for Irish Artists to get the recognition they deserve. It is time the Irish Media have a fair and accurate representation of what Irish Music is in 2020. It’s not all horns and pipes anymore! It’s upbeat tempo, Afrobeat core progression, trap base and so much more. From smooth sexy ballads to dark rap and drill, this project has it all.“

Born Alice Esambe, Alicia Raye is an Afro-Irish singer-songwriter, model and rapper also known as “Alicia Taqueilla”. Originally from Cameroon, Alicia Raye began residing in Ireland in 2006. Alicia Raye grew up in a direct provision centre near Drogheda, where she attended both primary and secondary school. Alicia Raye’s love of music grew from an interest in English literature and rap. As she grew, Alicia’s love of rap transitioned to softer melodies and grooves. This artistic growth is what gave rise to her career as a musician. After years of teaching herself to sing, as well as writing songs for herself and others, Alicia Raye released her first single ‘Murda’ on SoundCloud in 2017. Since Alicia has gained thousands of followers and streams across her social media platforms.