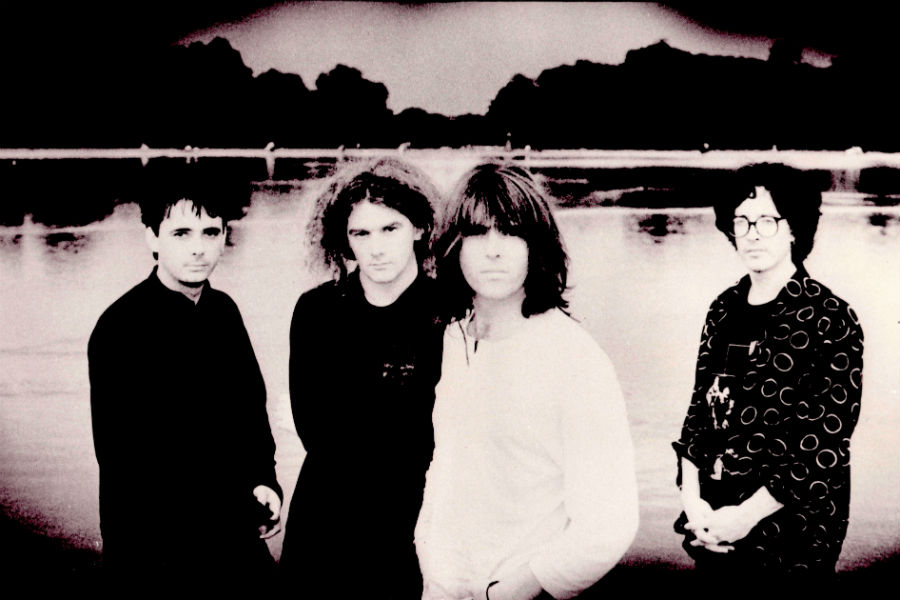 Dublin indie stalwarts An Emotional Fish are releasing a remastered version of their single ‘Time Is On The Wall’ on Friday 27th July on Reckless Records. This release is ahead of their appearance at Féile Classical in Semple Stadium on Friday 21st and Saturday 22nd of September.

Although ‘Time is On The Wall’ was first released in 1994 on the band’s third album ‘Sloper’, the lyrics of the song have special resonance for the band today. Jerry Fish remarks, ‘The lyric “We must be specific about what we want to get what we want” really struck a chord with me in recent times, as I can see Ireland today traveling in a much more positive direction than ever before, with people power leading the drive for social change.’

An Emotional Fish formed in 1988 and quickly became a huge presence on the Irish musical landscape, signing a deal to Atlantic Records with the legendary Ahmet Ertegun in 1990. The band are most well known for their single ‘Celebrate’ which came from their eponymous debut album and is still a radio staple today. They toured internationally with U2 and The Pogues and had success, both touring and on radio, in the USA before deciding to call it a day in 1995.

Lead singer Jerry has of course been very busy since the breakup of the band. He formed Jerry Fish and The Mudbug Club, who have released three albums and collaborated with a diverse range of creatives from Imelda May and Carol Keogh to Michael Madsen, Harry Dean Stanton and Iggy Pop. For the last five years he has curated and hosted a stage at the Electric Picnic called The Jerry Fish Electric Sideshow, which encompasses burlesque, rock and roll and circus performances, and this year is bigger than ever before.

Sadly, Martin Murphy, the drummer with An Emotional Fish, passed away last year. Jerry says, ‘Martin’s passing put a new perspective on An Emotional Fish, and in many ways made us realise what a unique and wonderful experience it was to play in a band and to be a part of Irish music history throughout the early 1990s.’ The remaining members of the band, Jerry, David Frew and Enda Wyatt, have wholeheartedly embraced the idea of reforming An Emotional Fish for Féile Classical in September and re-working some of their most beloved hits with an orchestra.