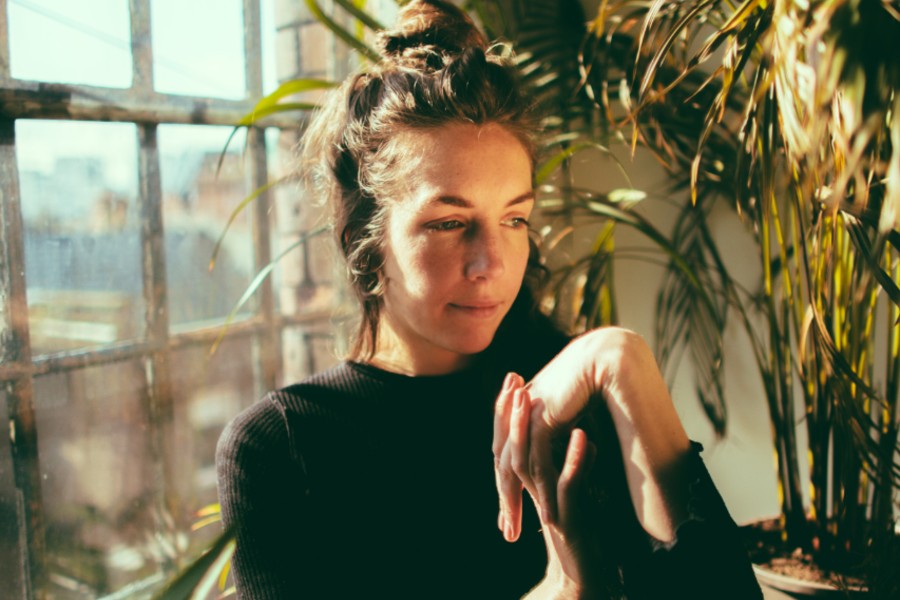 Irish songwriter and multi-instrumentalist Anna Mieke has teamed up with director and filmmaker Myles O’Reilly (Arbutus Yarns) to create a new live video for ‘Warped Window’, the third track on her album ‘Idle Mind’, released almost one year ago now.

Anna Mieke has played a lot of shows since the album release, highlights being a tour in the UK (including playing in an amphitheatre made of pianos at the Edinburgh Fringe, and in a puppet theatre), as well as performing at Other Voices, Dingle. Recent times finds her thinking a lot, and writing and more songs, edging towards more of a darker sound.

Anna Mieke says: “It’s such a strange time for everyone. There’s solidarity in knowing that we’re experiencing it together, albeit to very different degrees. It’s looking like two upcoming tours of mine are not going to go ahead, which is a shame, but a small price to pay given the current situation. Those dates will be rescheduled to sometime later this year if it’s possible – it’s pretty tricky not knowing when things will be back to relative normality, including events and concerts, so it’s hard to plan. I’ve been living in Dublin, cooking a lot more than usual, exercising a lot, learning how to grow things in the garden, and learning tunes on the mandolin. All while trying to avoid news and internet overload.

When I first wrote this song ‘Warped Window’, the ‘you’ throughout the song actually referred to myself; it was originally written to a future version of me as an impossibly ancient woman, who I’d imagined slowly fading and merging with her surroundings. A bit of a dark image perhaps, but perhaps there’s something poetic in that. So there’s a theme of age and decay but also, perseverance. Of course, a listener of the song can decide who the ‘you’ in this song might be for them.”

The live performance seen in the video has evolved somewhat from the album version, as it now has Matthew Jacobson (Insufficient Funs, ReDiviDeR) on percussion, Ryan Hargadon on saxophone, and Brían Mac Gloinn (Ye Vagabonds) on harmonium.

Chatting about the video, filmmaker and director Myles O’Reilly of Arbutus Yarns said:

“There’s an extra something about a song once it has been toured, when all the musicians stop trying to play with each other and genuinely, effortlessly feel each other’s space. It’s never going to be identical to a recorded version, but what is exciting for me is how live performance reveals a more sensitive dialogue between band members and their personalities. Having followed Anna Mieke to a number of shows, and being a massive fan of the record and her band, it was exciting then to witness their relationship on stage evolve and try to capture that magic…”

Anna Mieke’s 2019 album, which features this track ‘Warped Window’, is available to stream or buy on digitial/CD/vinyl here: https://annamieke.bandcamp.com/album/idle-mind