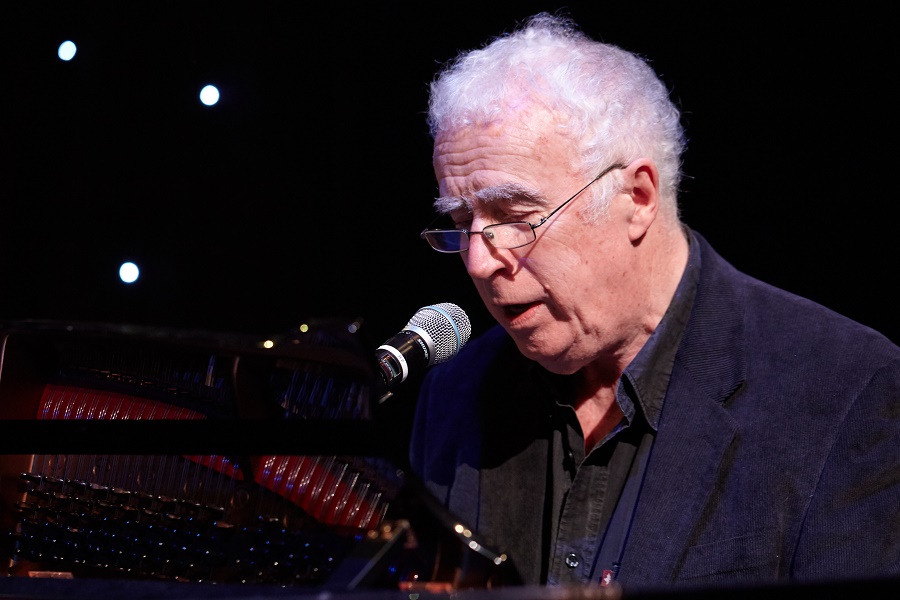 In his second appearance in the ‘America Salute You’ series, Kearns opened the program with the popular anthem ‘O, America!’ written by Irish songwriter and IMRO member Brendan Graham in collaboration with American William Joseph. He was joined by Laurence Juber, former lead guitarist of Paul McCartney and Wings. Kearns has previously worked with Executive Producer Bob Okun and Lifetime Achievement recipient Joe Mantegna.

“I was very pleased to have Anthony Kearns return to the ‘America Salutes You’ series to sing ‘O, America!’ With Anthony’s powerful delivery and interpretation, the song is one of my favorites – and it is especially relevant for those who have answered America’s call in uniform. It was the perfect for the show,” said Okun.

Kearns commented, “I always appreciate Bob Okun’s invitation to open this incredible concert for veterans suffering from brain injuries and war trauma. The guitarists’ talent is absolutely amazing, including Laurence Juber, Joe Bonamassa, Billy Gibbons, and Stephen Stills, to name a few. It was an honor to work with these fine musicians especially in support of this worthy cause.” Kearns also noted the hard work of Martin Guigui, the Gibson Guitar team, and many others. Like his immortal predecessor, Italian tenor Luciano Pavarotti, Anthony Kearns appreciates and supports other musical genres, including country, folk and Rock ‘n Roll.

“This show has magical and memorable musical moments, with Anthony Kearns’ ‘O, America!’ being an inspirational highlight,” said Guigui, the show’s music director who is active in Hollywood.

Originally recorded on December 2, 2018 in Los Angeles, the concert was created to raise awareness and funds for brain and mental wellness charities aimed at helping America’s veterans and first-responders. Recipients included the Elizabeth Dole Foundation, The David Lynch Foundation, Headstrong, and the Entertainment Industries Council.

Kearns is an original member of the PBS sensation, The Irish Tenors, with whom he has 10 CDs and five televisions specials. Now living in Florida, he has a robust international career, frequently performing at major sporting events, high-level charity benefits, on television, in operas, and with world’s most prominent symphony orchestras.

The soundtrack album is available on CD as well as digitally now.