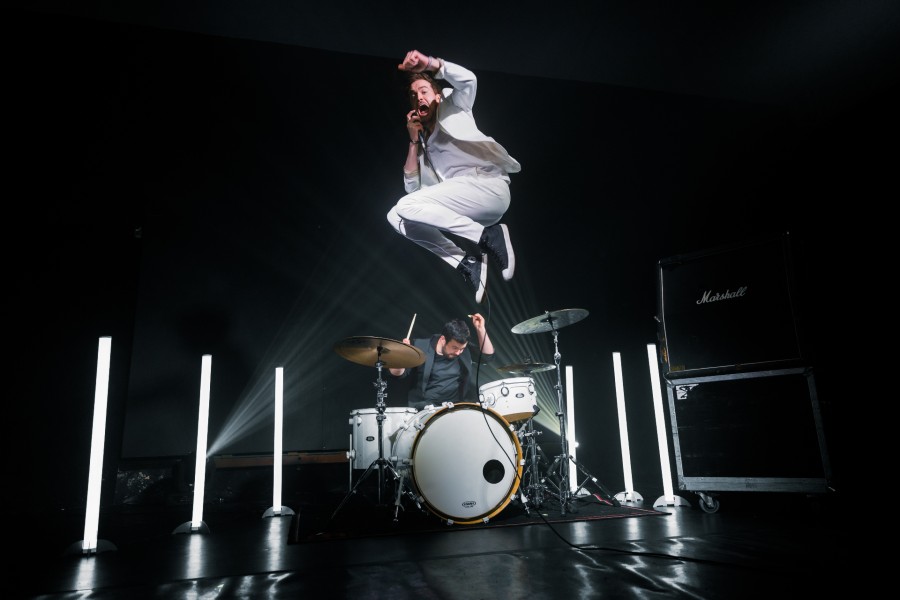 Apella are set to release a limited edition vinyl and CD of their debut album ‘1963’ this Friday April 2, 2021, alongside brand new single ‘Buried You’. Since the album was digitally released on January 29th, it has been going from strength to strength with a whopping 500,000 streams racked up to date.

Pre-orders for the physical release launched in January via apellamusic.com with 100% of the proceeds from the sale of this album going directly to The Marie Keating Foundation specifically to help fund the outstanding support services they provide to women affected by Breast Cancer.

‘Buried You’ will also drop on the day of release accompanied by a vigorously high energy, vivacious music video directed by Ray Keogh.

Talking about the video Director Ray Keogh said: “I have been part of the Apella journey since inception and this music video captures everything they represent. Quilty and Nolan are two extraordinarily talented performers. We set it up and executed this video just like we were headlining a music festival! This is Apella. I am incredibly proud of this.”

Thoughtfully named after the birth year of his mother, ‘1963’ is an incredibly personal record from frontman Dara Quilty, who has teamed up with The Marie Keating Foundation.

Speaking of the album Dara Quilty said: “The response to the album on Spotify, Apple Music and YouTube has been overwhelming. I still enjoy opening up my phone and simply seeing it exist in the world. As I mentioned before, we’ll be donating 100% of all the physical sales proceeds directly to The Marie Keating Foundation. Up against COVID-19 and BREXIT, I am delighted that production is complete and we can finally release our beautiful Vinyl and CDs! I am eternally grateful to everyone who has pre-ordered and we’ll continue to donate sales after the release date!”

100% of the proceeds from this album bought on apellamusic.com will go directly to The Marie Keating Foundation’s Positive Living support group, Survive and Thrive programme, BRCA awareness and support programme and School’s Cancer Awareness Programme.

Fresh off the back of their radio chart topping single ‘Point Of View’, ‘1963’ is a juxtaposition of rhythmically crafted chaos delivered by drummer Ronan Nolan and impeccable talent of singer/songwriter and producer Dara Quilty.

Apella’s brand new single ‘Buried You’ is set for release on Friday April 2, 2021, alongside the release of a limited edition white vinyl and CD of their debut album ‘1963’.