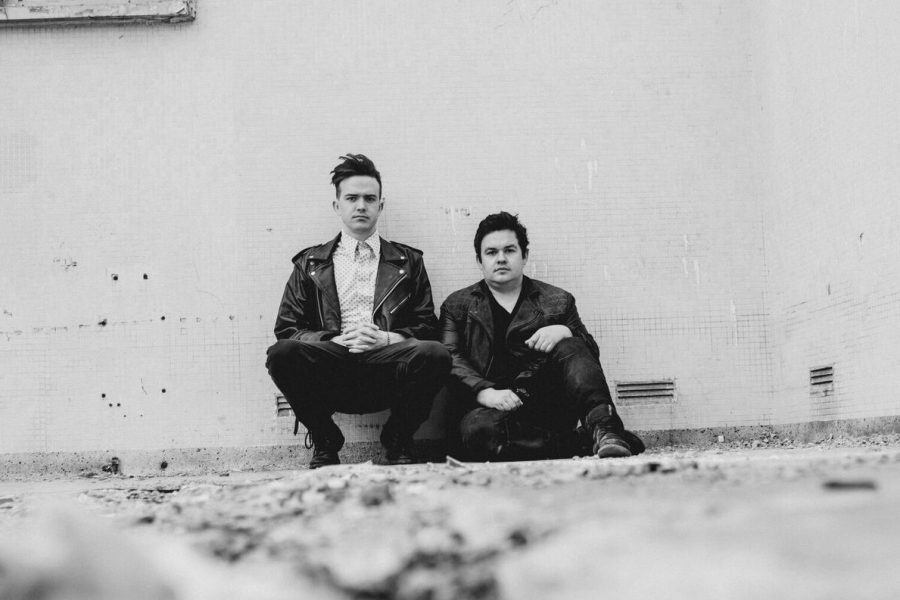 Apella today unveil the video to their third single ‘Logic’ which is available to download now across all platforms. Recorded in 24 hours, the video is Dara Quilty’s directorial debut with Dara Munnis on Director of Photography duties.

The new single ‘Logic’ follows recent radio hits Graceful Dancer and We Met At A Party. The duo are making a serious mark on the live front having recently packed out Whelan’s main room with some A-list new fans like Ed Sheeran, Saoirse Ronan and Irish football legend Damien Duff in attendance.

“I’m very excited to be releasing our third single, this is the one that brings the dynamic sound of Apella together, producing the record I treated each song as it’s own entity and ‘Logic’ is an upbeat ‘Beetle’s-esque’ meets Morrissey track *no offence Paul McCartney, Morrissey or animals”– Quilty, Apella

Last September Apella burst onto the scene with their debut single ‘We Met At A Party’ to huge support from both national and regional radio stations, the track is a serious declaration of intent from singer/multi-instrumentalist Dara Quilty and drummer Ronan Nolan; who’ve previously shared a stage with the A-List likes of Jimmy Eat World, Foo Fighters, Twenty One Pilots,30 Seconds To Mars, and even Bon Jovi.

It’s no wonder then that Apella arrived fully formed and ready to win musical hearts and minds. Both ‘We Met A Party’ and the preceding single ‘Graceful Dancer’ make you want to hit the ‘repeat’ button as soon as they finish. That type of smart, sassy writing is repeated throughout their parent album, which showcases the duo’s new and ever expanding sound. With much more to come from, Apella are a band to keep your eye on and ears open to.