Arthur Valentine to Release ‘2018’ in July 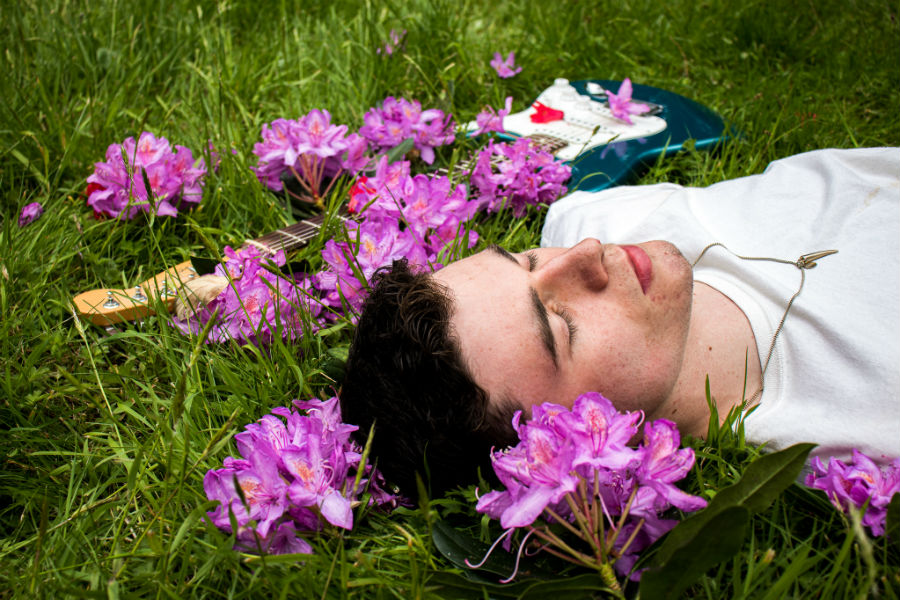 Hausu’s eclectic pop auteur Arthur Valentine’s sophomore single was written in 2017, is releasing in 2019, and is titled ‘2018’. Ascending from the bedroom-pop approach of his successful debut single ‘Selfish’, Arthur Valentine takes the ambitious leap of following with this full band, folk-inspired track. Employing help from his Hausu collaborators, 2018 was recorded over an 18 month period in both DIY and professional studios.

The earliest version of this track was drafted over two years ago, only hours before Arthur boarded a plane to move to the United States for the summer. Having recorded what would later become ‘2018’s’ main guitar melody on his iPhone, Arthur emigrated to Montauk, New York. He spent the next 90 days without access to any musical equipment with only his Voice Memos and a notebook to compose what is now the track’s instrumentation. With the equally beautiful and superficial “Instagram town” of Montauk serving as inspiration for the song’s lyrics, Arthur would return to Ireland that autumn with the outline of 2018.

Like ‘Selfish’ before it, ‘2018’ is deeply personal and vulnerable underneath its pop facade, discussing the alienation of his time in Montauk and the superficial culture driven by social media keeping-up-appearances; a “new age of plastic fun.” At the end of the track, the band and its pop atmosphere evaporates, leaving the singer crooning alone in a small venue; on the same footing where ‘Selfish’ left off.

‘Selfish’ launched Arthur Valentine’s story with a bang – being positively reviewed by Nialler9, GoldenPlec, The Irish Times, Lovin.ie, IndieBuddie and REMY’s music blog, the track was added to the Spotify curated The New Éire and An Alternative Éire playlists and landed plays on RTÉ Radio 1, RTÉ 2FM, and radio stations as far out as Switzerland. ‘2018’ is set to release July 12th, 2019 on all streaming platforms. It can be presaved over on DistroKid: https://l.hausurecords.com/presave-2018