The winners of this year’s West Cork Chamber Music Festival / Cork County Council Young Composers Bursary Scheme 2013 have been announced, as follows:  Seán Doherty, Retreat; Solfa Carlile, Fables; Timothy Cape, Collectors Item and Patrick Egan, Then Til Now.  The selected works will be premiered at the 2013 West Cork Chamber Music Festival, which runs from Friday 28 June to Saturday 6 July, as well as being presented at the Festival’s Young Composers Forum, directed by Ian Wilson, on Saturday 29 June. The composer of each selected composition will be awarded a Cork County Council Bursary of €500. 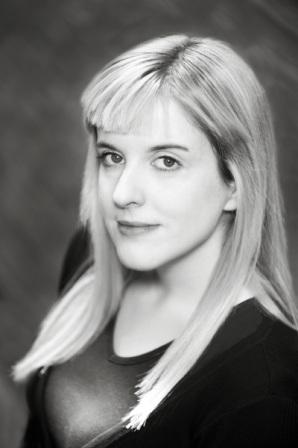 Seán Doherty (b. 1987) played the fiddle music of his native Derry and Donegal before reading music at St John’s College, University of Cambridge, and completing his PhD at Trinity College, University of Dublin, where he now lectures in counterpoint and Baroque music history. Solfa Carlile (b.1995) is a graduate of the Royal College of Music, London. She is currently pursuing a Doctorate at Oxford with support from the Arts Council and the Seary Trust. Her music has received performances by the BBC Singers, Okeanos, Chroma Ensemble and the Orchestra of St. Paul’s Covent Garden, of which she is composer-in-residence. Timothy Cape (b. 1991) is currently studying at Trinity Laban Conservatoire of Music and Dance, London; originally from Donegal, Cape is a composer whose influences range from Progressive Rock, Jazz, and Contemporary music to Literature, Theatre and Dance.  Patrick Egan (b. 1987) completed his undergraduate studies in composition at the DIT Conservatory of Music and Drama in 2012 and has since continued at the Conservatory, now working towards his Master’s degree.

The West Cork Chamber Music Festival in partnership with the Contemporary Music Centre has held a competition for young Irish composers for the last four years. Each year, works for chamber ensembles have been selected to be performed in concert during the Festival and as part of the Festival’s public workshop programme.  The competition has been a valuable opportunity for young composers to work with professional performers, to receive guidance from a leading composer and to hear their works performed.

To mark Ireland’s presidency of the Council of the European Union, the 2013 West Cork Chamber Music Young Composers Bursary Awards is expanded through special programme support from the Arts Council and Cork County Council under the Cultural Programme of the EU Presidency, with additional support from IMRO. The scheme is organised in partnership with the Contemporary Music Centre, Ireland, Music Information Centre, Austria, the Arts Office of Cork County Council and CIT Cork School of Music.