AVA FESTIVAL AND CONFERENCE IS BACK ACROSS TWO DAYS FOR 2017! 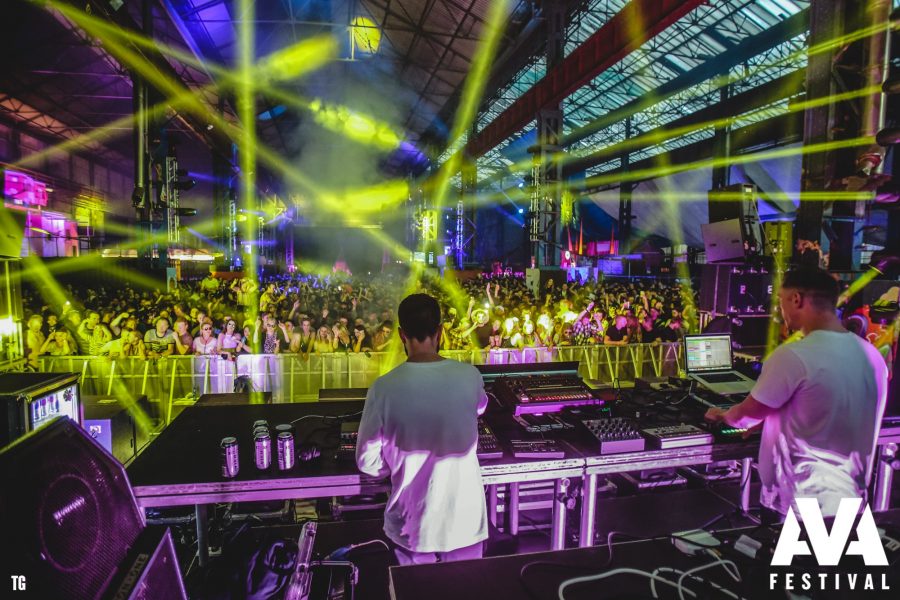 For the third year running, AVA (Audio Visual Arts) Festival and Conference is set to return to its Belfast home at T13, this time across two days on the 2nd and 3rd of June 2017. For it’s first full weekend outing, AVA pulls out all the stops with a packed agenda of conferences, talks, music and arts from a wealth of global and local artists. You’ll find a rare Jeff Mills and Guillaume Marmin collaboration, Marcel Dettmann, Bicep, Fatima Yamaha Live, Rebekah Hybrid set, TinFoil Live and a host of local legends ready to descend across the vast Belfast warehouse space. On top of this, there’s the return of the almighty Boiler Room, plus AVA’s all-important conference on the Friday will educate on all areas of the music industry and technology.

A UK and Ireland debut, Jeff Mills will be collaborating with French lighting designer Guillaume Marmin to create ‘Close Encounters of the Fourth Kind’, a full sensory experience recreating the sensation of entering and existing in another reality, for what is set to be a truly one-of-a-kind experience. Bicep return to their home ground, after a solid run of live performances and studio time on their rumoured upcoming album, expect new material and some insight into their 2017 output, plus techno hero Marcel Dettmann heads to Belfast’s Titanic warehouse, the ideal dystopian setting for his intense sound. Respected selectors Ben UFO, Job Jobse and Midland all join, journeying from disco classics to bass-tinged techno, and dark, steely tones from Birmingham’s own Rebekah, who will perform a hybrid set as part of her ‘Fear Paralysis’ album tour. One of many live performances comes from man of the moment Fatima Yamaha, whose 2016 album was one of last year’s most celebrated releases, exploring the emotive side of house.

Championing the plethora of Irish talent is at the heart of AVA Festival’s ethos, and there’s loads to discover at AVA 2017. Ever more recognised as a focal point for the electronic underground, Belfast’s heart, soul and history make it a must-visit destination for the clubbing community. AVA 2017 hosts duo Tinfoil (Live set – formed of Sunil Sharpe and DeFeKT) bring a fresh take on analogue sound, plus techno-master Ejeca and Nocturne Records boss and local party-starter Jordan. Fresh off the back of a Hotflush release, Or:La joins Sub Club regular Hammer, a live show from JC Williams, as well as stalwarts of the Belfast scene Timmy Stewart and JMX. Find effortless blends from Saoirse, raw energy from The Cyclist and no holds barred techno from Myler, plus Ryan Vail’s instant melodic electronic vibe, Swoose and Cromby’s grooving classic house sound and Holly Lester’s king-pin sets. Dublin’s New Jackson will play live, plus Techno and Cans, Subject DJs and Cork’s own ELLLL. Completing the first set of names for this year’s festival there is a whole host of residents and regulars from Bobby Analog, Inside Moves, Nez, Ryan Dallas, Brien, to Alice Meat Free, Jika Jika and Twitch DJs, Clockwork, a live set from Paragon, Cave DJs B2B Kapoor, MisFit and GIRL.

Alongside a solid roster of incredible artists playing across the two days, there’s an emerging DJ and Producer competitions, discovering the next generation of talent, workshops with Ableton and Pioneer demos, as well as talks from industry insiders, professionals and artists. Leading Belfast creative collective Guerrilla Shout will be on hand, creating illustrious visuals and light displays, extending the event past just sounds and into a 360 degree sensory experience. With world class sound systems, a heavy roster of artists, workshops and expert visual displays – AVA Festival has it all covered.